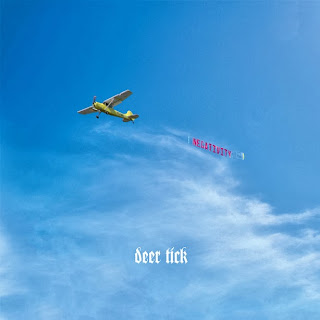 The famed Providence-based rock quintet has come back. They’ve hit up Rolling Stone on several occasions, and make frequent pit stops on our regional radio over here, and here’s the reason why: songs like “Christ Jesus,” “Smith Hill,” and “Ashamed.” And now, on their fifth studio full-length in as many years, “The Rock.” Leadman and writer John Joseph McCauley III is quickly gaining a reputation for quality (and quantity) rock – the man’s been in side projects galore, including the absolutely brilliant collaboration of Middle Brother. And he’s back, at least initially, but we can’t lie here – McCauley’s extreme prolificacy has caught up with him, at least here.

The fact of the matter is that these songs, comparatively speaking, lose their immediacy, their personal nature, closeness. “The Dream’s in the Ditch” is one of these songs: a tame beat, not especially memorable lyrics, nor especially driving performances. Compared to “The Rock,” where McCauley goes all out on his vocals, this album is a mixed-bag. And compared to the stunning War Elephant and Black Dirt Sessions (which was our album of the year), it means we’ve got to be extra harsh: you’re going to want to get his first three albums far before you get to Negativity. We suspect Deer Tick fans will also find songs like “Mirror Walls” a bit plodding and not up to their usual standards of songwriting. It’s simply not there, people.

So, for the first time in five years, we’re suggesting you take a pass on a Deer Tick album. It’s just not what its predecessors are; go through the back catalog (and Middle Brother) first.

But don’t take our word. Check it out on Soundcloud.