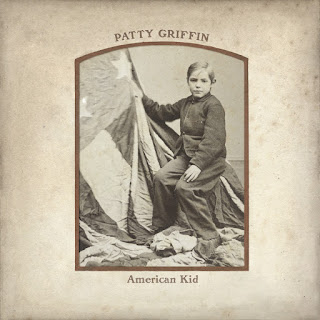 She has a beautiful voice. But you already knew that. What you may not have known is that, on her seventh studio album, Old Town, Maine native Patty Griffin isn’t slowing down a whit. Her latest collection of mostly new folkies is charming, powerful, and gorgeous, to say the least. Dedicated to her father, these songs come from a drifter’s heart (“Ohio”) or are directly pay homage to parents and their burdens (“Mom and Dad’s Waltz”), and overall you get three things: great songwriting, Patty Griffin’s beautiful vocals, and even Robert Plant (on occasion). There are a dozen songs here, and we’re proud to say not a one is a throw-away, not one is a weak choice.

Starting with “Ohio,” the first track to feature Plant, is possibly the best track on the album. It’s a bit slow, pulsing and certain like a river, gliding through with harrowing harmonies. It’s the reason to get this album, quite frankly. Add to that our second favorite, “That Kind of Lonely,” which better showcases the power and gentleness of Ms. Griffin’s stunning vocals. We could go through each track and mention something we like about them, but we don’t want to waste your time when you could be listening to the album. On the flip side, possibly “Mom and Dad’s Waltz” is a bit corny to our tastes, but even then it has a bit of country charm.

So check out that link under there; if it doesn’t stoke your folkin’ embers, then you’re probably in the wrong place. A truly grand and fantastic album; well written, fantastic performances, and highly recommended.

Listen to “Ohio” and get blown away.