Fluffer’s Debut a Bit Too Fuzzy 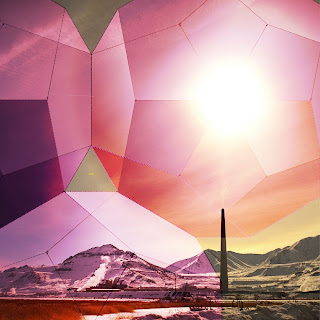 Bloomington, IN psychedelic rock trio Fluffer make a supreme effort here on their debut full-length. They’ve got their songs down, set up the drum set, and get rolling right into the thick of rock; they pound through almost a dozen, but despite their energy, we have trouble finding them compelling. They’ve written them well enough (see the rumbling, tumbling “Relic”), and they’re spot-on with their instruments, but the songs here largely don’t click with us. Compulsion is that element that takes a shrieking weird vocal and turns it into AC/DC classics, and we think that’s the weakest point here: these vocals just don’t elevate the instrumental part of the music, which is how these songs are written. Compare to Led Zeppelin or Guns and Roses, where Page-slash-Slash are equal parts in the songcrafting. Rock can rely on the vocals, but not somewhat limp ones.

Back to the song construction: “Relic” and “Southpaw” are rather epic, actually, when you break down the elements. They travel a long way from their initial theme, and in more capable hands, they could be absolutely brilliant. But the songs lack clear hooks, or at least memorable ones, leaving the pressure on the aforementioned vocals. So is it really bad? No, not really. The elements are there, almost all of them, but they haven’t gelled quite. There are moments – the brief solos, like in “The Foundry” – where things come together, but we think the trio suffers perhaps 20% from playing for themselves, not for their audience. There is a roughness to it that we suspect some of our audience may enjoy, something of a “I’m going to play this and you’re going to listen” to it, and for that, it’s not too bad; but will you listen to this more than a dozen times? Even that? Likely not.

So they may not be the next Jim James, and we’re not really crazy about it. We will say it is pretty good for a free album, though, and here’s to hoping the next one knocks us off our feet.