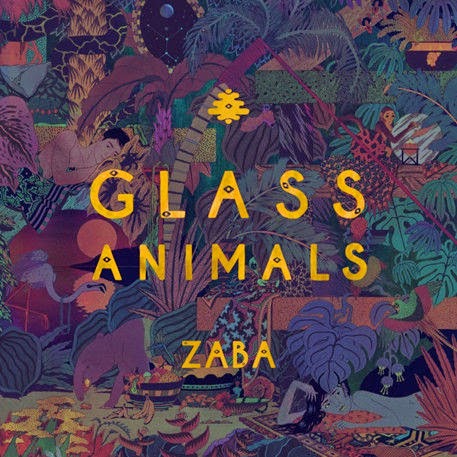 ZABA, the debut album from alternative rock band Glass Animals, is a relentlessly smooth piece of work. Indeed, it is the perfect accompaniment for a peaceful a.m. drive on a deserted freeway, where the only company can be found in the streetlights passing overhead. Unfortunately, this very smoothness is also the album’s greatest weakness, as it is so consistent in tone that the tracks have a tendency to blur together. This makes it a bit of a one-note effort, although the one thing that ZABA does, it does well. Glass Animals’ sound is focused squarely on the atmospheric. You won’t find much in the way of solo highlights here, but you will find a group of musicians working together to make a luscious soundscape.

The best way to describe ZABA would be that it is heavily produced, highly polished, lounge music, with a particular faithfulness to putting the listener into a mellow groove. So, should you pick it up? Well, it honestly depends on whether you feel like taking that long, midnight drive or not.

We will freely admit that Glass Animals’ music is not our normal cup of tea. That said, ZABA is a pleasurable album that we think pairs well with an evening of solitude and contemplation. However, it’s not something we would put on for its own sake, as the atmospheric nature of the album lends itself more to be a right mood/right time kind of album. And while we enjoyed the mellow groove of “Flip” and tropical boisterousness of “Pools,” the arrangements and the tone throughout the album were so consistent that the lack of variety became noticeable.

Variety and range is not a necessary element of a good album, but it is a component of a great one. ZABA is not great album, but if you enjoy mellow, atmospheric music, with a smooth arrangement, pick it up. Otherwise, don’t feel bad about leaving it as a road not traveled.

Start that midnight drive on Soundcloud.