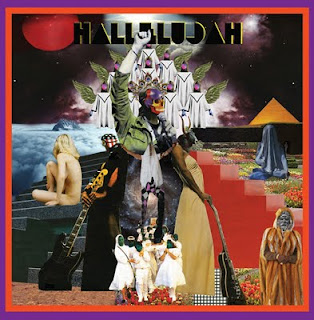 The Brooklyn octet, replete with a female choir, is self-described as “psychedelic gospel music for atheists.” And as self-described “punkedelic anarchists,” their description strikes a chord with us. Either that, or it’s just the pure infective energy of “Old Time Sickness,” which, we’ll let you know right now, you can DL for free (see bottom of post). We dig that one something monster, as well as the rockabilly of “Taking It To the Grave.” Though you do get songs like “Skinny Women,” which just feels too apathetic and dull, we’d put this album as a whole just shy of a recommendation. Add to that the great price, though, and for five smackers, you can hardly go wrong with a couple solid songs.

Grab the first few songs for free here. Or just buy the album if that’s your thing.