By: MadMattKeefer
In: From the Management
With: 0 Comments

Wow, another six-month has passed! And somehow musical overload hasn’t set in – whew! – so let’s get right to what’s at hand. As with all the albums here, feel free to go to that sidebar on the left and read the original review. Our first selection is a rather popular one:

OK Go, “Of the Blue Colour of the Sky” – Absolutely brilliant poppy album by the folks who brought you that crazy treadmill video a few summers ago. And this time, they’ve set up a Rube Goldberg machine, but to be honest, they don’t really need shenanigans to promote this music. Our selections stay the same, “All Is Not Lost” and “White Knuckles,” as these tracks still get the play button even now. Fantastic album. 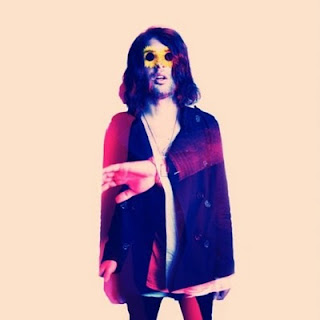 Chain Gang of 1974, “White Guts” – Not as brilliant as OK Go’s album, but you don’t need sheer brilliance when the beats are this infections. Still blows you away even months after you pick it up. It got a 4 out of 5 on this site, mostly because it could be a bit tighter in areas, but DAMN does it groove for a long time. Absolute sheer fun.

Shearwater, “The Golden Archipelago” – A beautifully crafted little album, it’s only weakness is that it’s just a hair too short. But the vocals slay us, and Shearwater certainly knows what they’re doing with these tracks. Even though this album gets the fewest spins of the four presented here, it’s still a delight to give it a spin. Worth your money.

Deer Tick, “The Black Dirt Sessions” – Now this one’s been spinning nonstop for the past 2-3 months since we’ve gotten it. Absolutely crushing in its emotional depth, especially with the redo of “Christ Jesus.” If you told us John McCauley would strike it up solo at a piano, we’d tell you you’re out of your mind, but the results here speak for themselves. We feel it’s in contention for album of the year on this site. At least until Fleet Foxes releases their latest.

And now a few albums that might be making other lists:

Vampire Weekend, “Contra” – Poppy, upbeat, and catchy, what we feel this album lacks is a bit of longevity. Like their previous self-titled release, it just doesn’t last long enough with you to merit a high recommendation, though if you enjoyed that first album, then you still should consider “Contra.” Good, but not absolutely necessary.

The Ruby Suns, “Fight Softly” – We gave this one a 4.5, but on second thought, it maybe merits a bit less than that. It’s no Animal Collective, but it get close with a few of these songs. The main weakness is that it meanders a bit too much, but if you’re still waiting for the next AC release (and who knows when that’ll be), then the Ruby Suns should tide you over until then.

Thanks for stopping by this mid-year! Keep in mind there were some albums that didn’t come in (Yeasayer, The Dead Weather) so keep your ears peeled for the latest in aural entertainment. Miss you madly,
-Mgmt

2010-06-28
Previous Post: Horse Feathers Interview in the Mercury!
Next Post: The Chap’s done a good (but not great) job