Miniboone No Boon To Rock 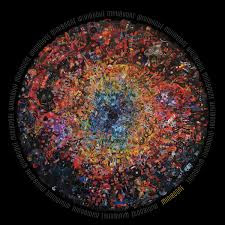 “I Could, I Could.” Just so much fun. When the New York rock/pop quintet hit it on their debut, they really hit it. But our issue with this album is that a lot of the material is filler. There just isn’t that much that begs replaying, despite the fun, vivacious style! Their tracks bleed youthfulness (often to the point of nausea); they rock out, albeit somewhat uncreatively; they shout their beliefs from the top of their lungs (the exuberance of 90s ska). And yet, there isn’t really a whole lot to commend the gents here. This album simply feels like any normal rock band.

“Rollerskates” is one of those annoying, “we’re young and going to complain” kind of songs that you really wish you didn’t hear. Which is unfortunate; “I Could, I Could” is bright, poppy, layered fun. But time and again, Miniboone puts out a song that simply falls flat, that doesn’t engage much of anything. We’re thinking some of the elements just haven’t lined up right: “Magic Eye” could be a real great moody piece, but comes off slow. “Gimme Gimme Gimme” isn’t anthemic, but just kind of minor and unimportant. But that second great song here, “Baby, I Hope So,” is that perfect groove pace, that perfect mix of laid-back and hip, drive and chorus, that we suspect there might be a second band working on the album. On the whole, however, the tracks are mediocre to plain whiny (lyrically and sometimes vocally), with two fantastic exceptions.

Therefore, on the whole, take a pass on this one. We do suggest listening to those couple tracks we pointed out (check “I Could, I Could” below), but we don’t see this album being worth your ten shillings.

Miniboone’s on Soundcloud! How unexpected!

2013-09-10
Previous Post: Four or More!!
Next Post: Brown Bird out of Touring for a Year for Medical Reasons; Need Your Help!