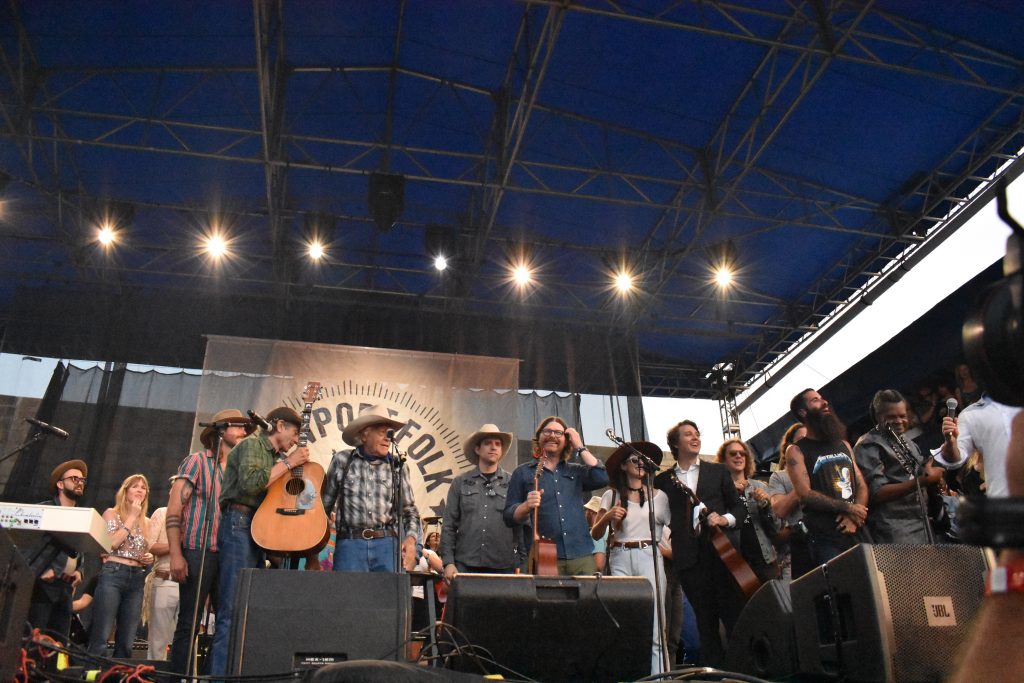 “The Newport Folk Festival has always been on the right side of history,”

Music is magical. We reread these words from our 2008 article in the Newport Mercury, “A Hard Rain Fell” – our first time at the Newport Folk Fest. Something rings short of them these days, some sort of cynicism vibrates now, perhaps a dissonance between that time and our current era. Music is magical. Is that enough?

This article has been a long time in the coming. We’ve reviewed the three days (and back then, two days and one night) of the Folk Fest for eleven years. This is our twelfth review. And we’ve come at these reviews from every angle of gratitude we can think of: from the appreciation of music fans; from the recognition of the hard working volunteers and staff; from the excitement of performers breaking out on a Newport stage; from, in some ways, readers such as yourselves.

This article is different. And it has been a long time in the coming.

The final set on Sunday night, all roughly two hours of it, was an experiment. The producers decided to turn down the vocal mics, to hand out songbooks with lyrics, and to ask the audience to sing along instead of simply listen. It was an experiment, and in some ways it flew, and in other ways it floundered. But behind it was that recognition: something had to be done.

People often complain about musicians, actors, athletes, and other celebrities chiming in on our current political situation. I will chime in briefly about our shared situation: it is a total and utter disgrace. Now you know where I stand. But at that final set, for those nearly two hours, we weren’t told what the musicians’ political views were. We weren’t preached at, expected to fall into congruence. We were, instead, given the only real solution.

Come together and join us.

Our political leaders have sold us a bill of goods, a soured one, and now we’re ready to buy again. And again. Except this time, the producers at the Newport Folk Festival (including Jay Sweet) have posited the only real solution to our national dilemma. Sing with us. Come together (The Youngbloods).

A house divided against itself cannot stand (Abraham Lincoln).

Those in power have no solutions. They offer none. But we do. We have the solutions, and we have the power to implement them. That set on Sunday night in Newport, it was a recognition of the need for music, of the need to come together and to make music. To make connections. To build solutions to our very real problems.

With Judy Collins, with Brandi Carlile, even with Kermit the Frog, we came together and made music. We have resilience, we have strength, we have humor, even. We’ve been passive consumers of political promises for long enough, and now it’s time to make our own promises for the change that we need.

Those words, “music is magical.” It’s a fairy tale phrase; it’s passive, an observation. These days, we need more power, more action to get to where we need to be. Music isn’t a beautiful, magical thing: it is power. Uniting is power. Uniting is magic, too, because we fix the house the way we need it fixed.

We’re done with feeling magical. Music is magic. Music is power. Now let us unite and use both. 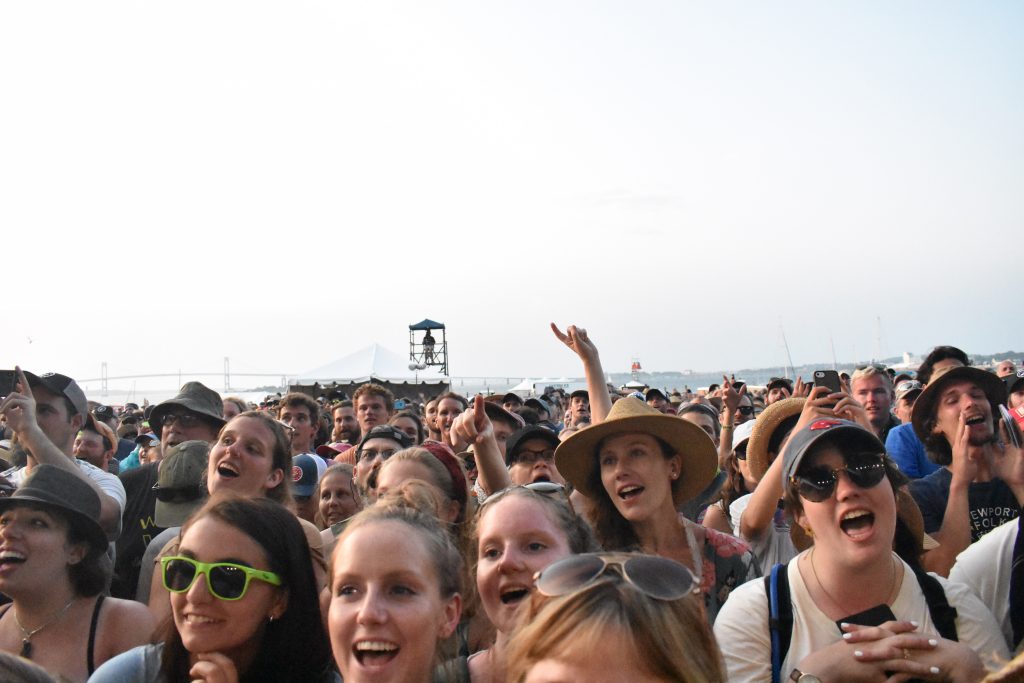 2019-11-15
Previous Post: Newport Folk Fest Sunday: A Quick Gallery
Next Post: Sunny War: “We Alter Each Other as Humans”