Talk in Tongues’ Debut Nice, But Let’s Be “Friends” 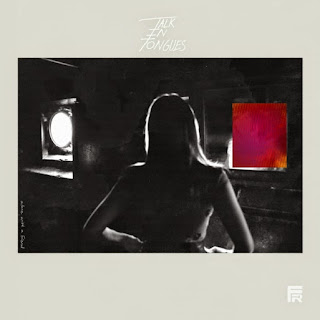 We’re going to have to admit something: we’re a bit stumped when it comes to reviewing the L.A. quartet’s debut LP. Alone with a Friend is one of those psych-rock albums that is put together well, that is overall pretty good, that definitely has some singles in it, that…

Still merits only 3 stars from us. Here’s why.

We’ve had this album on our listening shelf for almost a month. Ultimately, we spun it up only about four or five times in that length of time, and we’re still feeling a bit on the fence about it. Why? Sure, there are great tracks like “While Everyone Was Waiting,” which has an experienced, funktastical bassline; or the slick, smooth “Call For No One Else.” These two are clear winners, and while the rest of the ten tracks aren’t weak or anything, they kind of slip out of our musical mind. This album is the kind of album that we feel lasts a week, lasts really well, but doesn’t have that particular hook (imagine a good ole carp caught, now) that keeps dragging us back. Some of the albums of the last year and a half – Lake Street Dive, Hozier – have, and we think this may be it, that kind of personality to them, that kind of recognition that comes up and makes us want to replay them. Without that here, Alone with a Friend feels something like a ghost in our music collection, unfortunately.

A polished, strong debut, but lacking in uniqueness. Take a pass, but keep your eyes peeled on their next one.

Check out those two singles on Soundcloud, though.