Unknown Mortal Orchestra – at Fete in Providence, Plus Album Review

This month as been CRAZY with music, just absolutely rotten with it, and we’d been wondering how we’re going to catch up on Unknown Mortal Orchestra now that they’ve made their presences known in lil’ Rhody (and now that they’re officially on our radar, finally). But wonder no more: we’re going. This quartet of electronic musicians balance the eclectic with the outright poppy, driving their choruses straight into your ear, all while taking the most circuitous routes through every crevice of electronica. What is that supposed to mean? We’re not quite sure, but basically these guys invent their own groove, fashioned from some of those weirder “pet sounds” you might expect from dudes with an electronic ear. We are super excited to catch them in a couple days. And here’s our review of their 2015 release. 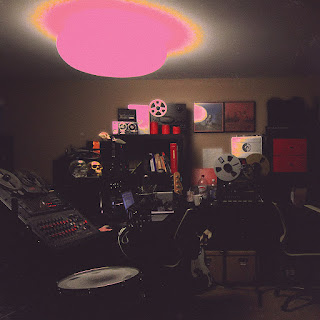 We’re not going to lie: this is probably the lowest grade we’ve given to an album that we’ve spun up over a dozen times. Maybe even two dozen, in the less-than-month we’ve had it. Let’s get straight to it, then: Unknown Mortal Orchestra’s third studio album is just one [bleeping] groove. It really is. But we do have a few issues with it, which we’ll get to.

Go listen to “Necessary Evil.” It’s the quietest song on this album of grooves, but it’s also the best-written. It’s got its own svelte horn hook, and isn’t as flashy as their single “I Can’t Keep Checking My Phone,” but “Necessary Evil” is a highlight to our snobbish cultured ear. That single, “Phone,” is a blast to listen to, but (and here’s where we get critical) the chorus wears on quite a bit longer than it needs to. Other songs on this album also suffer from chronic-chorus-overuse, especially “Extreme Wealth and Casual Cruelty,” and we feel that with a bit of a brush-up just lyrically, this could be an absolutely stunning album. As it is, it’s incredibly fun, and a far different direction than on their previous full-length. Which is definitely something we like to see.

Go pick up this album, we’re probably rating it a bit too low, and if you’re in Providence (or have already scored tickets in Boston) check them out. And say “hi.” Worth your money, and recommended.