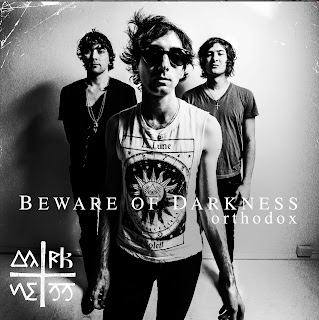 The L.A. rock-and-rock-more trio is our first big album of the year. Finally. We were blown away for weeks by Howl off their EP of the same name, and now their debut has come. And it has come rocking. They’ve been compared to Led Zeppelin, and while they have one Zeppelin-esque riff, we think a better way to describe their sound is that it’s depressed by the 90s, like if Nirvana and Pearl Jam weren’t so heavy and distorted all the time, while infused with classic rock hooks and riffs. In fact, classic is key here: they’ve got the sound and attack of a truly great band.

We’ve got a stream of “Howl” off their EP down there; and while the opener is maybe 10% deficient in the original energy, it’s still a great track to lead with. Our first listen these tracks were fairly unassuming, and we hope that won’t put you off, because it’s upon repeated listens that the hooks they’ve written really shine. And that’s what really grabs us: not just their incredible energy, those vivacious vocals and the solid musicianship, but that these are tracks to grow on. They’re each written well, and of course executed with that wild zest that lets you know you’re putting on Beware of Darkness when you spin this up. You’ll find several great tracks to enjoy right away, including “Amen Amen” and “My Planet Is Dead,” and then several more which you will come to enjoy. (We’re not a huge fan of a couple near the beginning, but we’ve got faith we’ll come around to those, too.) It’s not a perfect album, and we feel sometimes those vocals could be stretched a bit more in some cases, but it truly is fantastic and put together well.

These guys are the perfect band to go driving around this summer. You know, when you’re not sure where to go, and driving is a thing to do. The twelve tracks are written very sturdily, and the gents comport themselves well on them. It’s a great one now, and we think these three will come out with a truly classic album in the near future; highly recommended.