Hanni El Khatib Can Pull Head from Dirt on Sophomore 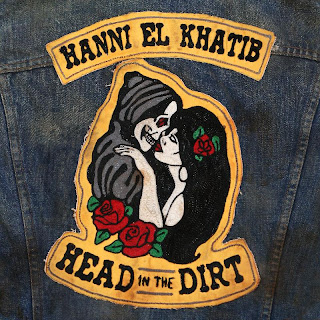 L.A.-based garage-rocker Hanni El Khatib arrives with this second album, a Dan Auerbach-produced affair (headman of the Black Keys, if you were wondering), and it has his influence all over it. Grimy, fuzzy guitar, straight rocking hooks, even vocals that seem Auerbach puts air to. In fact, it’s a little hard to put it apart from Auerbach’s 2009 solo album “Keep it Hid,” except that “Head in the Dirt” eschews wind chimes and all the other extras in favor of guitar and drums. So what do we get, then? Ultimately, it’s a good album, but Auerbach is too influential here, and what we really get is a ghost of an Auerbach album; a fine impersonator, and entertaining, but ultimately shy of the real thing.

The two singles off it are “Family,” a hard-rocking affair, and “Penny,” with a goofy and playful hook to it. They’re good, we’ll say as much. And these other tracks are equally good, too. “Nobody Move” is the one main regret, as it tends to overstay its welcome, with a very bland and repetitive chorus. But as we said before, there ain’t much of a reason to pick this album up over the excellent “Keep it Hid,” and it doesn’t seem to have much personality beyond what Auerbach has given it. It’s just another good take on the garage genre, and it doesn’t really stand tall enough for us to run screaming to the store over it.

Khatib has a rocking time, enough that we can recommend this one. But there are definitely other albums you should get first.