Beware of Darkness’ Sophomore So Sophomoric, We Ask If It’s “Real” 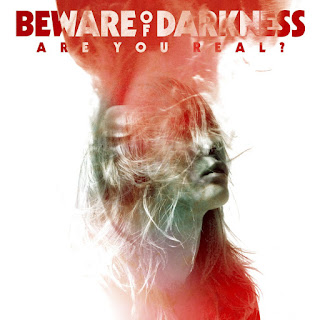 The LA emo rock trio Beware of Darkness has come out with a sophomore album we’ve been anticipating since 2013’s debut LP, Orthodox. A few words about that one: it’s a fantastic rocker. And now, onto Are You Real?: it’s not.

The dozen songs here do rock, yes. Stylistically, musically, the guitars growl, the hooks groove, the beats pound and sway. But what holds us back from declaring their sophomore a satisfying rocker is the, erm, sophomoric lyrics and content. Are You Real? feels conceited, a bit self-indulgent, and more than a bit misogynistic. It suffers from what we’re going to call the “We’ve arrived… now what?” syndrome of successful debut bands. “Summerdaze” actually lists off the delights of summer, “Sandy beaches / B**ches on top of you” etc. etc. We’re generally not a fan of such childish excess, no.

Our least favorite track is the title track, “Are You Real?”, which is an incredibly mean, vicious breakup track. It’s heavily one-sided, cruel, and lacks any redeeming wisdom that one ostensibly gains from breakups and setbacks. It’s, quite simply, inauthentic. Which is a shame, because musically, instrumentally, it’s a decent little rocker. We enjoyed a few tracks, including “Surrender,” which maybe rocks a little less, but is far more mature. Still, coming off of Orthodox, we were fairly blindsided, and certainly put off, by some of the foolishness here.

This is an album we’d expect high school boys to jam to all the time… until they grow up. Take a pass.