Book it to Glasper’s “Double Booked” 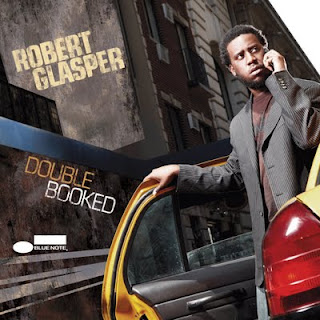 His third album on Blue Note Records has Glasper doubling his band; the first segment is his acoustic jazz trio, followed by his more electric and hip-hop group the Robert Glasper Experiment. Of the first six tracks, there is little wasted space, as the loping, upbeat strides of “I’m Country (And That’s Okay)” and the dense and melodic treatment of Monk’s “Think of One” proves themselves the highlights of the first half. A couple of phone calls segues Glasper for the second half, which, while not quite as exciting as the first, still comes as a fresh and welcoming set. Bilal’s vocals on “Butterfly” is unexpected on a typical jazz album, but “typical” isn’t why this is good music; check it out for a musician capable of hip-hop, and very talented in jazz. Recommended.