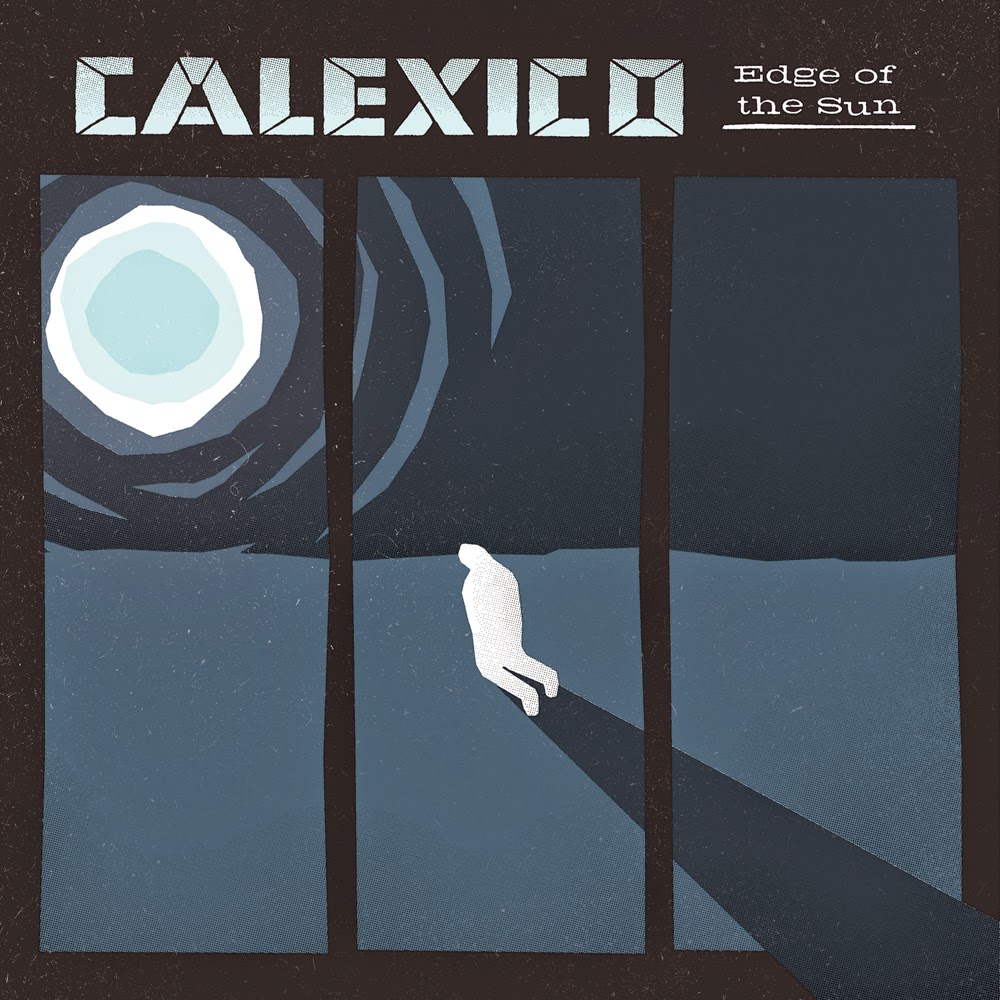 It’s a return to everything we love about Calexico: swirling sand dunes, flamenco beats, mariachi swagger. The Tuscon, AZ sextet to their ninth studio album in a nearly twenty-year lifespan. How many things last twenty years? A good car? A stable marriage? If a band is in part a marriage of musicians, then we’d have assumed Calexico’s marriage to have grown quite stale and predictable by now. And on Edge of the Sun, band co-founders Joey Burns (vocals, guitar) and John Convertino (percussion) show that Calexico’s spark is alive and well. To say “spark” might even be an understatement in terms of fire (refer to album cover above). While staying within the stylistic bounds established by 2003’s Feast of Wire and 2008’s Carried to Dust, Edge is another worthy, if not entirely surprising album by the desert-noir group.

Tracks like “Falling From the Sky” break like rain on desert ground: electric keyboard hook, regal trumpets, and, of course Burns’ soaring vocals. “Miles from the Sea” is another favorite on here, with a calmer, mature vibe to it. The collection of a generally excellent dozen is punctuated by a couple less memorable tracks, “Tapping on the Line,” a bare-bones quiet song included for variety’s sake, and the instrumental. There is also a small army of guests on Edge, including Sam Beam from Iron and Wine and the ever-scintillating Neko Case, but there’s no mistake that Calexico takes center stage on this effort. Right from the opener, they promise, and deliver on that promise.

A solid, though not wholly divergent delivery by the band that keeps going. Recommended.

Listen to the opener on Soundcloud.