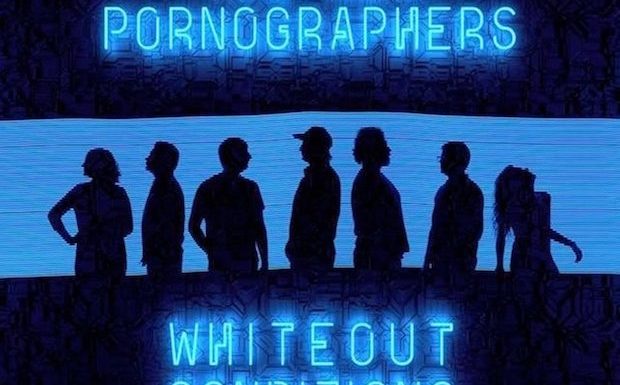 The New Pornographers – Whiteout Conditions Concord Records – out now 3.5 / 5 To understand our frustrations with the New Pornographers’ latest album, we’re going to have to summon two older ones of theirs. So, frustration: Whiteout Conditions, while perhaps one of their best albums in terms of performances, and in terms of musical ability, feels cluttered with too many sounds. Literally. It’s a fun album, yes, but perhaps one of the weakest in their 17-year repertoire. And while we tend to appreciate layering and depth of sound, we find a lot of these extra sonic bits to be extraneous. Let’s bring in that earlier album END_OF_DOCUMENT_TOKEN_TO_BE_REPLACED

RG Lowe – Slow Time Western Vinyl – out now 4.5 / 5 This Austin, Texan pianist/guitarist, who is the fountainhead for the instrumental group Balmorhea, decided to take a trip through the 70s and 80s. Citing Prince, Paul Simon and Stevie Wonder, his previous ten years of work came through the vocal-less, introspective, quiet Balmorhea. Thus, one would assume RG Lowe would be entirely out of his element on a pop-rock album. But you know the saying about assumptions: turns out Slow Time, Lowe’s debut solo LP, is pure, unadulterated bliss. Coming seemingly out of nowhere, Lowe’s nine tracks here are some of the least self-conscious, END_OF_DOCUMENT_TOKEN_TO_BE_REPLACED

Imaad Wasif – Dzi Grey Market – out June 16 4 / 5 Imaad Wasif is the musician you haven’t heard of that you’ve already loved. As a former member of the Yeah Yeah Yeahs, he performed on Show Your Bones, their second full-length; he also co-wrote the soundtrack to Where The Wild Things Are with Karen O as well as toured with her and the crew. The Los Angeles-based pysch rocker is on his fourth full-length solo album, and perhaps like you, we’re surprised his name hasn’t jumped out at us sooner: now there’s no going back. Dzi, which takes its inspiration from Indian END_OF_DOCUMENT_TOKEN_TO_BE_REPLACED

Fleet Foxes – Crack-Up  Nonesuch Records – out June 16 3.5 / 5   Fleet Foxes can’t seem to get out from the shadow of their debut self-titled LP. But don’t despair: their third LP Crack-Up is still a solid offering from the Seattle-based “baroque pop” quintet. While Crack-Up doesn’t rely as heavily on the whiskey smooth harmonies unleashed in 2008’s Fleet Foxes, the latest release does something that we greatly appreciate from a band: Crack-Up experiments, it expands. Most of the waters the Foxes test are in terms of songwriting and composition, specifically with dynamics and unexpected musical progressions. While not as blissful and macabre as something like “White Winter END_OF_DOCUMENT_TOKEN_TO_BE_REPLACED