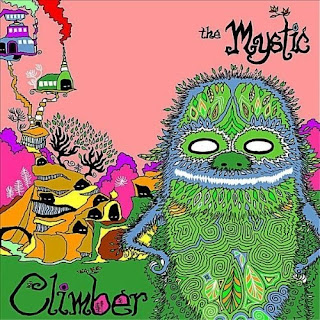 The Portland, OR outfit’s third release comes in the form of “The Mystic,” a psychedelic rock-suite not unlike something the Flaming Lips might put out. Opening is “The Simians Speak,” a sonically delightful tale that blends philosophy with – indeed – sign-language talking monkeys. Before you run out screaming, let us say this: the paired down psychedelia joined with a deep, meaningful statement (plus monkeys!) just plain works. Even without the apes are sonic and lyrical statements that you might expect from Pink Floyd (“Flying Cars”) and Brian Eno (“I Have Seen Everything”), which makes for a varied and colorful album. The weakest aspect of The Mystic, other than the Jolly Green Giant (TM) on the cover, is that they play in a genre that is rife with such strong and bizarre talent, that it makes it difficult for Climber to make a strong statement that will stick. Consider that even Wayne Coyne covers himself in gallons of fake blood during shows, despite glowing critical reviews. Climber, then, may find themselves a bit too middle-of-the-line to breakout here, both in terms of their sound and lyrics (yet), but if the material here is any indication of their future, it won’t be too far away. A pleasant and unexpected surprise, as well as recommended.