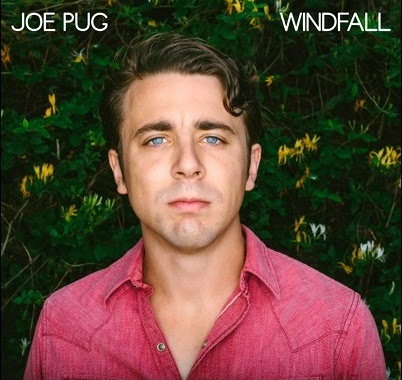 We’ve been keeping our (non-blue) eyes on the Austin-based Mr. Pug for quite some time now. Since his first, brilliant EP, Nation of Heat, we’ve been sucked into his hard-scrabble, Dylanesque folk-slinging. Now, upon the Windfall of his third full-length album, we still see snippets of that brilliance: a glimmer of insightful storytelling, the scintillation of those bared-down melodies. But on the whole, we must say this, that Windfall comes crestfallen, that it is much too complacent, that it’s the infamous Sophomore Slump that 2012’s The Great Despiser could have been (but certainly was not). Unfortunately, Windfall just falls short.

The closer, “If Still It Can’t Be Found,” suits the ending well, much as his cover “Deep Dark Wells,” did for Despiser. It’s the strongest of the tracks, one of those anthemic uplifting finishers that suits a darker album. But where we think Despiser was stronger than Windfall is in it’s collection of songs about war, stories about a lost child and devastated family, essentially, stories of loss and pain. This latest release lacks that kind of depth, it lacks those details in which God inhabits, so that many of the songs (“Great Hosannas,” O My Chesapeake”) simply aren’t fleshed out. The songs here lack that kind of connection, that kind of complexity that Mr. Pug is certainly capable of, and excels at. Melodically as well, we sense Mr. Pug lacks that connection to his own material, ending up with a handful of musically (as well as lyrically) sedate tracks here.

We’re not sure why these tracks don’t spark, don’t ignite with the heat of “Hymn #101”, or the fury of “The Great Despiser,” but we do know Joe Pug is capable of much greater. Check out his first two EPs, Nation of Heat and In the Meantime, or the full-length The Great Despiser. Otherwise, let Windfall fall by the wayside.

“Stay and Dance” on Soundcloud.