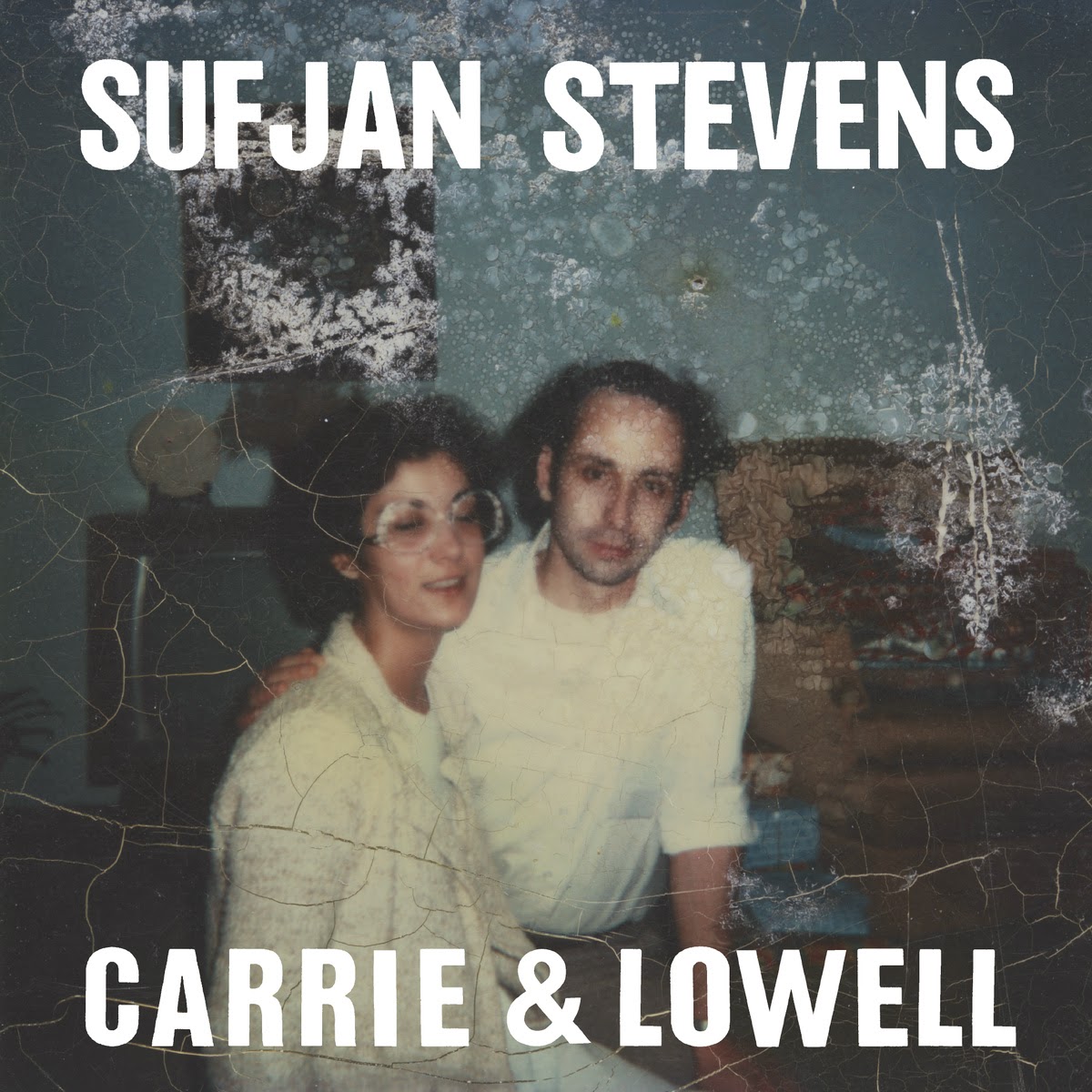 Stylistically, Sufjan Stevens’ seventh studio full-length falls somewhere between Michigan and Illinois: it takes Michigan‘s somber mood, a quieter, more introverted desperation than that album’s more externalized search. It takes not Illinois’ lush orchestration, but its polish, its perfectionism and completion. Add acoustic guitar, piano, and Stevens’ soft vocals, and the result is an achingly beautiful album about life and loss, death and ghosts. Yes, we gave high marks to his previous “Age of Adz,” but quite frankly, if we could take that back and give them all here, we would do that in a(n aching) heartbeat.

If we had to pick a “single” off of Carrie & Lowell, and we have to use the quotes there; this is an album of quietness, an album of self-exploration and not 3-minute radio hollering bits; that song would be “All of Me Wants All of You.” Keep in mind, insofar as its melody is easy to pick into, it’s almost toe-tapping, if a song about the shadow of a lover should groove oneself. But on Carrie, we have to ignore the desire for a single, for an easy completion, for a straightforward answer. And that’s why this album is brilliant: it’s an album that carries us through pleasantly, then seduces with sincere melodies, then has us pondering about it, about ourselves. It’s an album executed by one man, one vision; the kind of album we hadn’t expected from Stevens right now, given his penchant for boisterous orchestra; it’s the kind of album we’d expect from Sam Beam via The Creek Drank the Cradle. One man, one guitar, and the search. It is, quite simply, beautiful.

There isn’t much  more to say other than it comes highly recommended. Stream it here.