Delay on getting Delay Trees’ debut 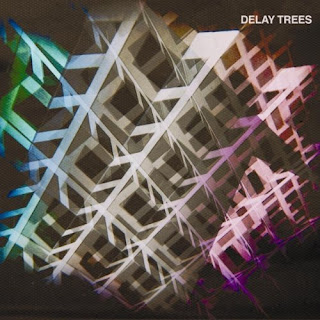 Mixed with a bit of shoegazery comes Delay Trees’ debut full-length, a dreamy, laid-back affair with a soft spring of pop in its step. And while “Cassette 2012” is a good start, with carelessly tossed vocals, soaring chorus, and a strong musical arc, it’s not enough to bring this album into your home. The fact of the matter is that here, the Nordic quartet doesn’t shock, doesn’t surprise, doesn’t pull themselves into uncomfortable territory. There are certain, almost ‘aha’ moments, when a band pulls the rabbit out of the hat and the audience wonders how it was done. The problem with this debut is that they feel content enough to pull that rabbit out of the hat, not questioning whether they should try to pull, say, a Siberian tiger, or use a mixing bowl instead of a hat. In other words, Delay Trees feels too conservative, too middle-of-the-line, too afraid to try something that hasn’t been tried. Instead, we get fairly basic guitar riffs, decent but not surprising vocals, and just a tepid album overall. Take a pass on it.