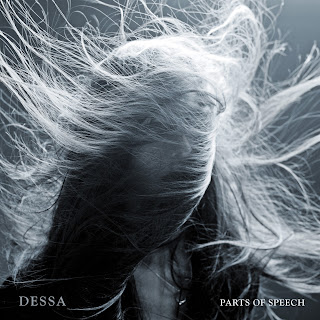 We don’t often cover rap, but we’ll make an exception for this intelligent Minnesotan. Citing Greek mythology on her previous release, Castor, The Twin, Dessa makes full use of her Philosophy major in her music, paying special attention to lyricism and individual words. What she has on her third full-length, then, is more than just an intellectual discourse: there are real beats, real songs, and real grooves. Dessa shuns the crass “b**ches and hoes” rap for meaningful stories about ordinary people, if you couldn’t tell by our description, and more power that it works so well.

“Fighting Fish” and “Warsaw” set her rap voice full tilt. “Fish” song burns right through, the hardest rapping of the album, and juxtaposing the verses with a sung chorus works brilliantly: no vocal fatigue, a nice release to the deep beats. “Warsaw” is as close as the album gets to looping anything, and even this mixes it up pretty well. We’re going to mention that, even though we’re calling this a rap album, and that Dessa is a rapper, it’s probably more accurate to call this one “hybrid rap,” should that exist; many of the vocals are sung, and there is actual instrumentation instead of beat machines. “It’s Only Me” is further evidence of that, beautiful evidence at the very least, with strings and acoustic bass supporting her vocals. While the sense of music here still values rap and rhythm highly, certainly we’re not going to fault her for a philosophical point (one that Dessa would likely win); this album takes the high points of each genre, and makes them flow effortlessly.

It’s new. It’s smart. It’s rap that anti-rap listeners will appreciate. We like the sense of style here, the confidence, and the lack of stuffiness. It works, and it works well. Recommended.

Give it a listen on bandcamp.