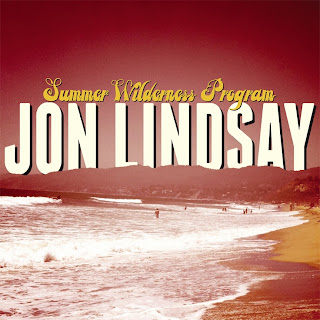 We’ll put this one quick for you all: lo-fi pophead Jon Lindsay is just too… lo-fi. We’re not sure how that kind of thing happens, especially given our personal tastes, so give us a chance to explain. The bouncy, upbeat pop of Oregon-born Lindsay wants to evoke the simple pleasures of boyhood love (and heartache, natch) with a summery, blustery attitude similar to the Beach Boys less four. But Lindsay’s voice isn’t a Wilson-quality voice, and although his arrangements allow him command trumpet, sleigh bells and a handful of other instruments, the varying beats those instruments make all feel straightforward and somewhat feel cheap and borrowed. This is somewhat strange, considering how much he’s written for the instrumentation, too (we think it’s the very basic drumming). Moreover, the especially lo-fi quality of his music bites him in the bum, and hard: his slightly sub-par voice doesn’t command the faded, very washed out supporting instruments convincingly, and the total product leaves our speakers sounding forty feet further away than they actually are. What is here should probably have pulled off a decent album, but Lindsay’s somnambulistic execution, coated in a sheen of over- or under-production, robs Summer Wilderness of the simple pleasure it could easily have brought. About as fun as painting Tom Sawyer’s fence for him minus the fumes; unless you like that kind of tedium, take a pass.