Buzzmutt’s beauty not in Mind’s Eye, either 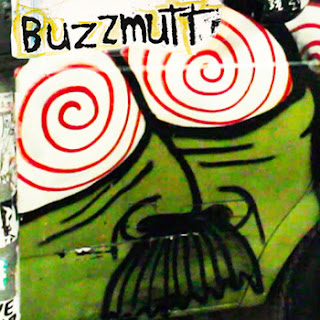 Put four self-described indie noise-rockers hailing from San Fran in a room and what do you get? Hopefully not something like Buzzmutt’s Static in the Mind’s Eye, a dozen way underground tracks that aren’t afraid to mimic any sonic sources, including an plane’s extended flight (“The Trickster”). These tracks are angular and, yes, “indie”; so don’t expect an easy way into them, or out of them, or around them even. Our issue with this release is the material’s shade of pretense: these tracks are fairly basic, and it doesn’t take much to imagine the kind of indie listener (i.e. very pretentious) who’d misuse phrases such as “alleviation of the music norms” to describe what Buzzmutt is doing here. Their song structure weighs much on monotone singing, decent but basic guitar riffs, and then a hefty smattering of extraneous noises (hence “Static”) going around that don’t factor a whole lot into the basic song. There are bands who can take some of these elements and spin it into gold, but what spins here isn’t terribly complex, and it comes with that garage sound that good garage bands used to sound like before they became good. We’re certainly pro-new-band-figuring-things-out, but they haven’t crafted an album here, and we’re going to get you guys to dodge this one.

Stream Buzzmutt at this inconspicuous link.