Andrew Bird has a new album out today. This Andrew Bird:

Both are given to flights of fancy, whistling, and yes, and occasional silliness and absurdity. But only one of these above is touring for his new album.

Mr. Bird, formerly of Squirrel Nuts Zippers fame, has one spot in New England to hit, that spot being Boston, and we – as your musical legal counsel – strongly advise you catch this extraordinary lyricist and whistler. We caught him some time ago at the Newport Folk Festival, and yes, he really is an odd cat (odd for a Bird, certainly), but if you dig all that unusual, melodically twisty, somewhat nonsensical narrative, well then, have we got a treat for you. You like treats, you want a treat? Then here. Have a two-fer, as we did mention Mr. Bird does have an album out as well. Let’s check into that, see what he’s got under his wing (HARHAR with the funnies, yes): 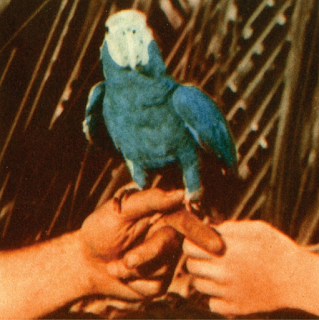 Mr. Bird, hailing from our favorite Sufjan-state of Illinois, has hit upon his umpteenth album in his slightly more than dozen years of going solo. He is an old hand at this, but on Are You Serious, Mr. Bird seems to take things a bit more… seriously. Relatively speaking. What we mean by this: there are less melodic twists, more toned down song construction, less absolute Andrew-Birdian bizarre-ness (though trust us, it’s still there), more familiarity and listen-ability than in previous releases. We still have as our go-to 2009’s Noble Beast (though his 2012 Break it Yourself is similarly excellent), and here on Are You Serious, Mr. Bird does feel more toned down, more approachable than those previous albums.

Our favorite refrain comes from “Puma,” about a third into the album: “She was radioactive for seven days.” Yes, that is a chorus, and it is glorious. The songs here feel a bit more grounded, which certainly isn’t bad, because you get something like the opening “Capsized,” which is heavier and more percussive than Mr. Bird’s general output. And where “Capsized” succeeds, with a groovy, heavy pop-y feel (more drums, snare, low-end), we feel the album can be more outgoing, more eccentric or maybe just reach further. But there is still his depth, yes, it is alive and well in self-aware songs like his duet with Fiona Apple, “Left Handed Kisses.” Still, this album doesn’t surprise, it doesn’t ignite, but it’s solid, it’s good, and it fits in well with his output. We like it, but unlike Noble Beast, we aren’t sucked into its spell.

Nonetheless, we feel Are You Serious is strangely a good album for Bird-thusiasts to get started on, something good to give to a friend to try. And if you snare them, move them onto the tougher, crazier stuff in his discography. Streaming on NPR, and recommended.

And with that, we shall take wing (oh, the hilarity!) and give that last reminder for Andrew Bird at the Wang Theatre. Will catch y’all there in about a week! And catch up with him on Soundcloud, too.