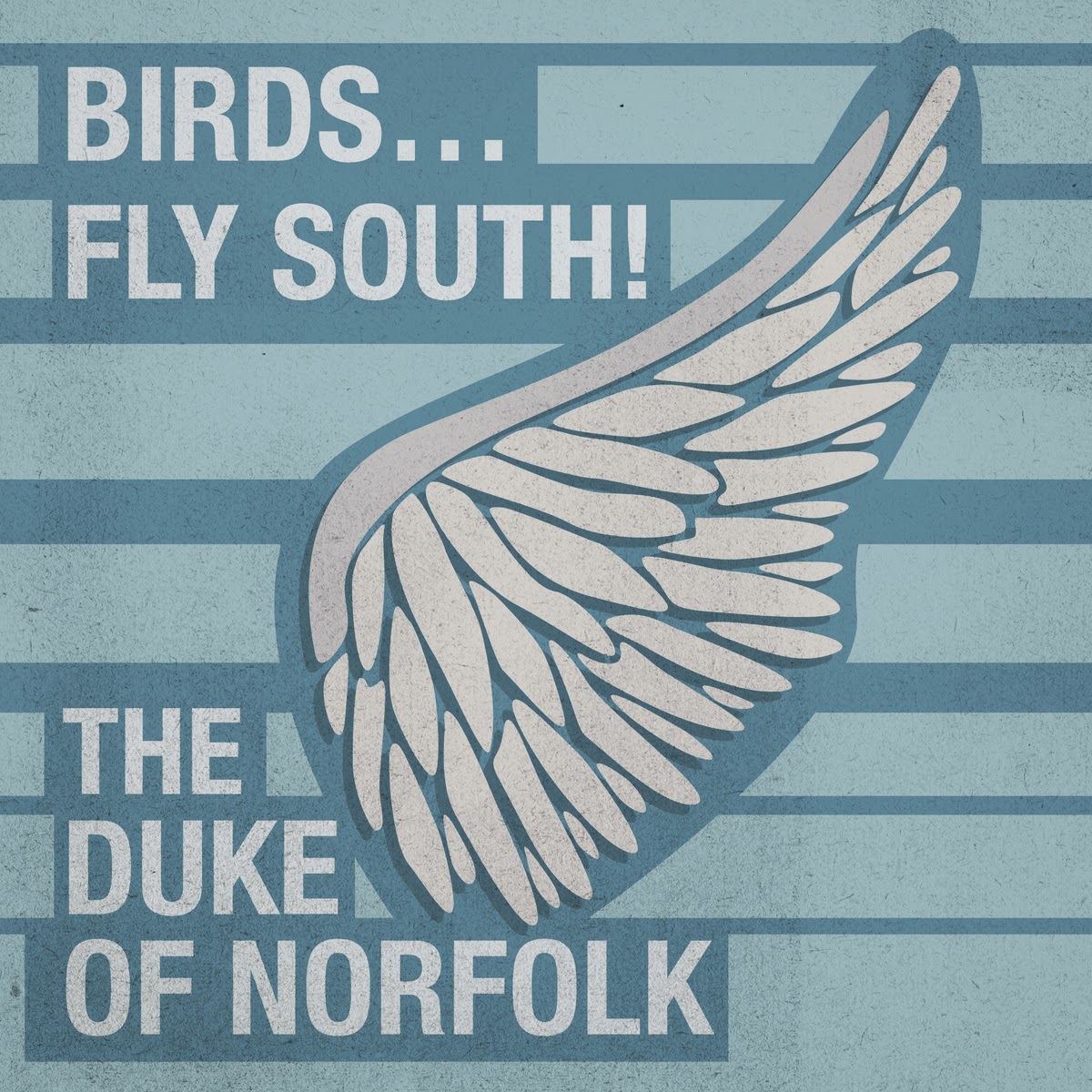 Birds… Fly South! is one of those little down-to-earth folk albums we like stumbling into every now and then. It’s a brief, earnest 34 minutes pared down from The Duke’s seven EPs over the past three years, all songs redone in a more cohesive style. The nom d’musique of UK resident Adam Howard, The Duke of Norfolk comes off like Josh Ritter’s second cousin and is stylistically married to The Avett Brothers: that said, anticipate acoustic guitar and banjo a-plenty, with folk vocals that have a slight Conor Oberst timbre to them. The album comes on slowly like an ocean breeze and hangs in the air like an albatross mid-flight.

Which is to say, the tracks here don’t stun or overwhelm so much as warm and hum. “The First Day of Spring” is one of the standouts on Birds, a track anchored with good, driving acoustic and lyrics that complement the yearning strings. It’s a lovely mood that Howard establishes here, joyous and a bit restrained, and the preceding track “Desert Isle” bounces with a boisterous guitar. Our main concern is that The Duke of Norfolk’s style requires very precise and poignant lyrics, and sometimes they struggle a bit to capture the warmth and personality of the instrumentation. Again, as much as we like “Desert Isle, the lyric “I am not so full of guile” seems a stretch of a rhyme for “desert isle.” Our other critique is for the closer, “Lovely Winter,” which feels like a Christmas piece, and a little out of place here, but overall the mood is well-established and a pleasant one.

Birds… Fly South! is a warm, heart-on-the-sleeve folk album that grew on us over the past week. It’s an exciting start from a talented singer/songwriter, and hopefully presages more to come. Recommended.

Stream it on Soundcloud!

2014-02-12
Previous Post: A (sort of) Interview with Lake Street Dive
Next Post: Bad Self Portraits a Master’s Class in Good Art