Bad Self Portraits a Master’s Class in Good Art 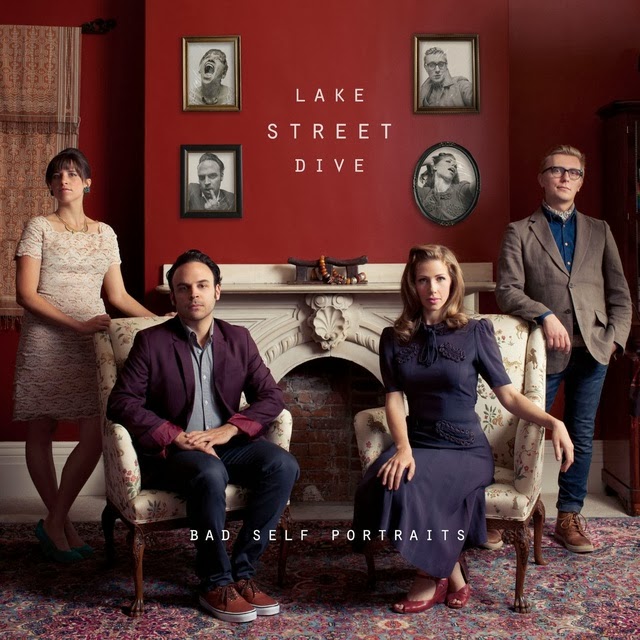 We think it comes down to Rachael Price’s voice. We think that’s what it is: Massachusetts-based quartet Lake Street Dive is so heavily anchored on Price’s strong, feminine soul voice that it’s hard to imagine the other fantastic pieces (guitar, acoustic bass, percussion) fitting together without that crux. You may look around at other reviews that try to describe their sound, and they’ll say it’s a mix of this, a hodgepodge of that, but truly, it comes down to a tight trio supporting a fantastic, colorful voice. And these songs – songs mostly of lost loves – you can’t help but want to sing along to. We think that’s the other thing here.

Bad Self Portraits is an excellent mix of driving rock (“Bobby Tanqueray”), soul (the title track) and what we’re going to call “stop-and-go” tempoed pop (“Seventeen”). In less experienced hands, the album would be a melting pot of styles, rather than the cohesive, sultry, steaming session it is. Lake Street Dive’s soul/rock sound isn’t particularly easy to describe, not for lack of comparisons, but because it’s not groundshaking or especially earthquaking; it is, however, just plain good. It’s a familiar sound, but new enough (especially in songwriting), and executed very well. We have difficulty choosing a favorite song out of these eleven, but suffice it to say the downtempo closer, “Rental Love,” captures our hearts just because it’s the most melancholy track here.

Bad Self Portraits comes off highly recommended for those in the mood for strong female vocals, fellow fans of Avi and Celia / Sharon Jones, and for those with a pulse in their veins.

Listen to the title track on Soundcloud.

2014-02-15
Previous Post: Duke of Norfolk Takes Flight on Debut Full-Length
Next Post: Jazz-Go of Rite of Spring Leaves Us Non-“Plus”ed