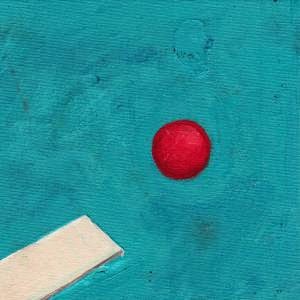 We are fans of this Manchester, UK five-some. Their fourth full-length brings them back into the e-sound that we prefer: lush popchestration, dense layering, a wide spread of variety. It’s a “pop electronic’d” that champions musicianship (and oboe, and other woodwinds), the kind of a ride that’s built on a solid four (we should say five) wheels. It’s got vocals, lyrics, instrumentation; it’s got joy, it’s got memory. Dutch Uncles is one of those bands that slips off the radar, but mostly because they haven’t come off the island and hopped a skiff to the ‘States (most unfortunate!); and O Shudder, like its predecessor Out of Touch in the Wild, is one of those albums that likewise slips off the radar (doubly unfortunate!), but when it hits back… Let’s put it this way: Dutch Uncles is a good band. And we smell a truly great album from them one or two releases from now.

Until then, sink your teeth into O Shudder. Start with “Upsilon,” which opens with a question mark from the bloopy electric bass before it breaks into percussion, piano, strings and backing vocals. It’s a perfectly balanced pop track – indie, not mainstream – that bears repetition. We were so excited about the second track, that we missed the excellent opener, “Babymaking,” didn’t have time to describe the svelte rhythm of “I Should Have Read” – in fact, we’re just going to end it here so you can listen to a track or two. Well, not right right here, but it’s good stuff. Our only (real) complaint here is that the album doesn’t feel far removed enough from Out of Touch, though it is certainly a bit of an improvement. Our (fake) complaint is that the closer always throws us off, not quite tying together the album as a whole. But you know we’re picky.

Dig either this current one or their 2013 release. Y’all will enjoy either, if you prefer your pop blended with acoustic instruments. Recommended.

Listen to Dutch Uncles (including a Fleetwood Mac cover).