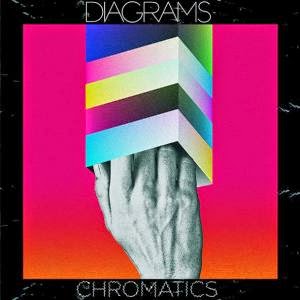 We’re still scratching our head in perplexity at this latest release from Diagrams (aka Sam Genders). This is what we don’t get (and maybe there’s nothing to “get” about it): why make an album of all these sleepy little tunes that sound (perplexingly) alike? There is about an ounce of craft on Chromatics, the second full-length, a good ounce, but repeated again and again; it’s trance-like pop, and in mostly drowsy ways. We’re going to spoil this review with the summation right here: it’s one that you can pass by, yes, so that you skip the next paragraph and a half and move on with your life, sparing that 2.36 minutes of reading (and 42 minutes of drone) and get on to responding to the next Facebook troll spoiling an old season of “Game of Thrones” for you.

First, here’s what we like about it: “Phantom Power” and “Desolation.” The former track is a nice little light pop excursion, the latter raises itself up a bit into a feeling akin to emotion. But the rest of this album, the title track, “Shapes” defies – what we feel to be, anyway – the purpose of music: to entertain (and on occasion, to teach). It’s music because it can be made, not because it has a purpose, that it needs to be. Put it on next to something like “Seven Nation Army” (White Stripes, obviously) and you’ll see what Diagrams lacks here: a pulse. Or next to McCoy Tyner’s “Passion Dance,” music with urgency, “Young Fathers” by Typhoon, music with brain; Chromatics, we’re not sure what it’s supposed to have. It’s bland, uneventful, and simply skippable. Maybe it has anonymity.

So there. You stuck it through. Less than two minutes, right? But we saved you money and time here, so thank us by spending it on another Deer Tick album; as for Chromatics, take a pass.