End of Love Not Off to a Good Beginning 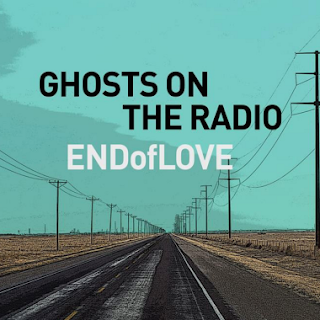 Age old question: is the whole greater than the sum of its parts? If one were to sum up even a fraction of the talent on this record – which boasts members of Sonic Youth, Wilco, and yes, even Big Star – one would assume that having some of the musicians behind the seminal music of the ’70s, ’90s and 2000s would ignite the kind of music-gasm one might have should Jimi Hendrix open up Chick Corea’s piano and start strumming some of Arthur Lee’s tunes. Yes, that kind of talent.

We have to say, we were insanely excited (clinically insanely excited) to see this kind of lineup. But the delivery left… much to be desired. In fact, it came short. So short that normally we’d struggle to find the good in an album like this, but no, alas, we can’t really much recommend End of Love’s debut. Now why is that?

Immediately into our first listen, we heard it: auto-pilot (or maybe cruise control is more appropriate, given the album cover). End of Love hoped to bring back that feeling of Big Star’s, that feeling of the power pop just grooving and taking control of your body and soul. The feeling Alex Chilton gives when he sings about doctors, shrinks, and love (our favorite song of all time). But here, the musicians more often than not feel sleepy and not engaged; most cruel are the female lead vocals here, which are perhaps the dullest and least emotive we’ve ever heard. This is true. While the musicians on this album are technically proficient (they can play), we’ve got to say they are not entertaining (they don’t pull us in). We’re also going to take a gander and say they’ve had better material. Some of these lyrics are canned – “Don’t cry until you remember the /  Color of my eyes” – to the point that we made faces similar to eating those pink hot-dog things that are probably worse for you than eating old nail clippings. To put it nicely. It’s frustrating music, to say the least, in that it doesn’t enchant, entertain, or even mildly amuse. So, to answer the age-old question, perhaps the sum of the parts is less than the whole. Especially in the case of Ghosts on the Radio, an album with far more talent than one could tell. Take a pass.

Stream Ghosts on the Radio and tell us what you think.

2015-12-11
Previous Post: Our Next Story Is Up: “A House Burning”
Next Post: Crime and the Forces of Evil Offers a Dreary Sentence