Give in to On an On’s dreamy pop-debut 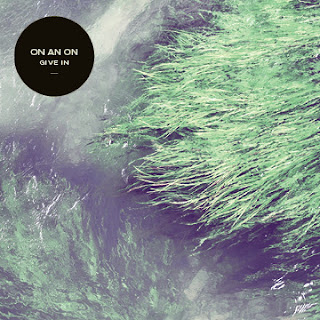 As much as we held out against On an On’s debut, our will has finally collapsed and we are officially fans of the Chicago electronic pop group. It’s slow, dreamy, at times celestial-inspired pop that comes on more subtly than our usual bang-a-drum rock tastes, but that’s a good thing. Those tastes are somehow sated with the ELO-tinged vocals on “The Hunter,” a joyous, bang-a-drum pop song that seems like it should be slow as molasses, but blasts smoky, infectious sound wrapping us not unlike a pig in a blanket. Much of the rest of the album is half a notch down, energy-wise, but the trio still charms us through tracks like the blaring “Bad Mythology” and “Cops,” which has a subterranean feel, should that make sense. We do wish On an On had a stronger personality in their songs, perhaps something weirder and more idiosyncratic, as it’s hard quite to piece down what exactly their style is and what makes them innovative; but their effort here is strong enough that we can (and will) recommend this release.