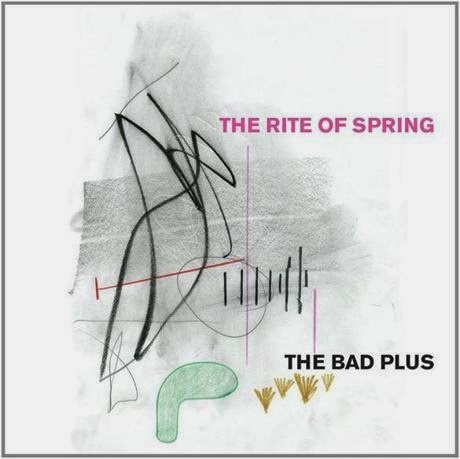 Ambitious. That’s the first word that has to begin a review of the Bad Plus’ jazz interpretation of Stravinsky. It must be a heavenly marriage to bring the two together, the Bad Plus as a sophisticated, avant-garde jazz trio, and Stravinsky’s Rite of Spring, a ballet piece recognized as one of the most forward-thinking pieces of the 20th century. But we’re not here to praise (or belittle), only to give our thoughts: and in comparison to the beautiful original score, there’s quite frankly no comparison. There are certain inherent limitations that a trio has when performing classical, namely, the lack of an orchestra, and here The Bad Plus valiantly endeavor to replicate the themes and dissonance of the original piece. In this comparison, of course, they must necessarily fall short.

Our other consideration, more importantly, must be whether this is not a great interpretation, but a great Bad Plus album. In that regards, we refer directly to the performances themselves; the trio are wont to be cerebral and, at times, a bit obtuse. Simply put, they lack passion! We feel they often treat this material too distantly, they treat it like classical, and what should be a pulsating monster of a work (and Rite should be a great fit for them) feels rigid and un-complex. There are brief moments of connection here, but not enough for an album’s worth of emotional investment. To sum up, it is a fresh, but average Bad Plus album, in comparison to Give at least, in that Give certainly did.

Fans of The Bad Plus will certainly give in to their temptation here, but we’ll take the critical risk and call them out: their performances make the material feel like a ghost. We much recommend Stravinsky’s conducting the piece, and other parts of the band’s discography, as this one wore on us after a few listens. Ambitious, yes: still, take a pass.

Listen to a live version here.

2014-03-25
Previous Post: Bad Self Portraits a Master’s Class in Good Art
Next Post: Check out our article in the Mercury!