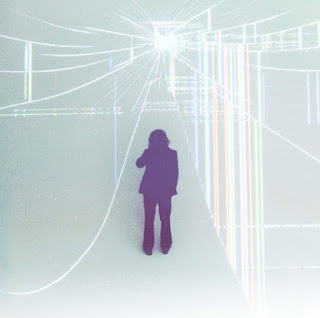 Perhaps Jim James is aiming a little too high when naming his solo album “Sound of God.” But honestly, he’s the frontman for My Morning Jacket, a band we think is going to be the next U2. Just take one charcoal whiff of “State of the Art (A E I O U),” and you can’t help but be impressed with all that beautiful slow-burn rock: it just smolders exactly where it should. And none too soon. Considering MMJ’s rather unfocused Circuital from 2011, we’re hopping onto the James bandwagon once more with Regions which puts all the pieces learned from that disappointment into place: it’s slow burn, it’s piano, it’s anti-chorus, but it’s still satisfying and great. The verse-chorus-verse philosophy is all but abandoned here, not unlike the ultra-heavy Circuital, but here, finally, James has come upon exciting and inspiring territory.

He’s mostly put aside those failsafe hunks of electric guitar and pounding drum beats in favor of synth, strings, and the occasional acoustic plucking, and we like it: Regions is all spacy without being Pink Floyd, it’s bright without being shimmery, it’s deep without being dense. This solo venture allows James much more intimacy and simplicity than he finds with his MMJ crew, and it shoots straight for a different, more sublime crowd. Is that bad, you think? Well, we loved 2008’s Evil Urges too, but after hearing the perfect balance of each celestial instrument on “Of the Mother Again,” we expect you won’t complain. That album title is apt, it perfectly conceives the grandness of his vision and its execution, a vast field where everything falls into place. In fact, if there’s one word that describes Regions, and we’re actually going to use two, these songs are “precisely-wrought”; the lightness of these pieces never once fall into the obvious danger of showboating, and James is confident enough to allow each song to stand close to its emotional core. He’s written, and rewritten, and stripped them bare and written them again. It’s all about the details here, and each of the few he has kept are spot on.

As we mentioned, he’s playing to a different crowd here, but he’s still in high form: each track, even the instrumental “Explosion,” has emotional depth and heft here. The only reason we’re not knocking this up another half point is we’ve only had a week for these songs to sink in, and these are the kinds of songs that need stewing; nevertheless, we expect you’ll end up giving this album it’s fair share on your music player. Subtle, deep, and just plain grand; recommended.