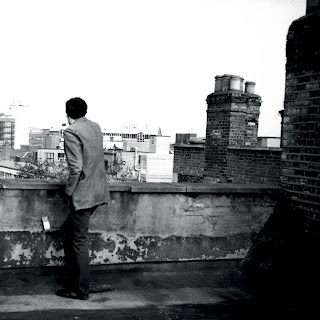 We’re not often to come upon electronic artists, but Berlin’s Ulrich Schnauss has a few things going for him that we do appreciate: a sprawling sense of musical arch, the development of his sonic concepts, musical depth. Schnauss takes care that his songs arrive at a completed moment, aren’t just silly snippets; but, of course, this is expected when the tracks are 6 min on average. We should say the whole excursion of A Long Way to Fall clocks in half a moment over an hour, so at the very least you’re getting your musical quantity.

It is difficult for us to come at this type of album with less familiarity in electronic music than our favored indie rock. We admit this. But there are clearly things Schnauss does right here; the melding textures, the balance of his layers (not overwhelming, just the right amount). “Her and the Sea” is a prime example of when he’s “tuned in” to his muse: playful, quietly majestic, bells and synth and various percussion. His music, at its strongest, evokes very clear images (some sort of fish, perhaps a Mermaid) and does it so clearly it’s bliss. It crosses over boundaries; it forms in the gut. But at his weakest, such as “A Long Way to Fall,” and his music stops searching; a build, more layering, but no further development of his initial premise. “I Take Comfort in Your Ignorance” fails, too, in that it gets harder but doesn’t move from where it started. The result here is, instead of fluid imagery, he paints a very static image, cutting out potential dimensions and musical direction. This occurs a handful of times on the album, where his climax is essentially reached within the first phrase, and it lends a morose, dragging quality, frustrating us much too often.

Again, we’re naturally biased in some ways (can’t be helped!), and we can see diehards digging into this kind of stuff. It’s long form, lush, and engaging (mostly). But we’ve got other considerations, such as our lovely general indie audience (whom we love) as well as the more sophisticated listeners who need a deep, satisfying fix of electronic music (it’s not quite one). So then, take a pass.