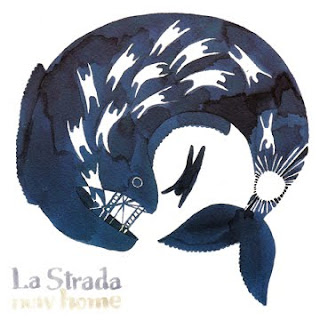 To be honest, “New Home” isn’t a bad album. Brooklyn’s La Strada has a penchant for orchestration and energetic, boisterous rambunctiousness a la Fun. But what Fun. has over La Strada is the ability to fashion good, singable lyrics and choruses, which is vital in the game of pop. The stronger songs on this album tend to be the simpler ones, such as the celebration of a baby in “The Wedding Song” and “Mean that Much.” While many of these songs have interesting twists and turns, they remain just interesting, and aren’t honed enough to pull you in. Another confusing point is the direction of the album: starting off bright and cheery, there are a couple songs in there that are dark-toned that throw off the pitch of the remainder. Still being honest, all this album could use is a brief tune-up, a slightly adjusted sense of direction, and a couple more clear, simple songs that make you want to throw up your hands and get into them. This appeals to fans of Fun. and fun in general, but comes just short of a recommendation.