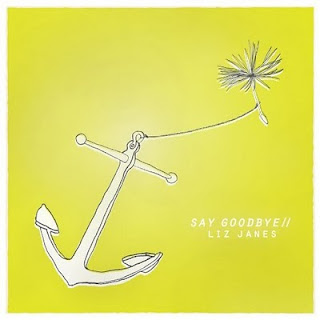 Liz Janes can be cool, Liz Janes can be smooth. But on Liz Janes’ “Say Goodbye,” her latest release in five years, she comes off slight and under- whelming. While the opener, “I Don’t Believe,” sways sexily with Rhodes and percussion (and we do adore that), much of the album comes off too pretty and music-box-y. “Bitty Thing” and Time and Space” fall into this description almost intentionally, with glockenspiel and whispery voices making the track a bit too saccharine. What makes that opening track so strong is the depth of personality it has, striking a fine balance between delicate and seducing; the next closest moment would be “Anchor,” on which she colors her voice with a bit of aggravation in it. A track and a half, though, aren’t quite enough to lift up an entire album, and one reason why it might not work for us is that these tracks don’t spread their net wide enough in terms of diversity; another might be Janes’ similar attack on the vocals. Pop in your favorite album, and probably your favorite track is the one where the singer gets out from behind her mic and really belts one out. Here, Janes doesn’t have a moment where she steps into the unknown, and what begins with a promising start, simply doesn’t follow through. Some moments, but not enough to recommend it.

Listen to “I Don’t Believe”: asthmatickitty.com/liz-janes

2010-12-13
Previous Post: Sharon Jones is a queen among Dap-Kings
Next Post: Analog Moon ascends on “Secret There Below”