London Souls need a bit more of that 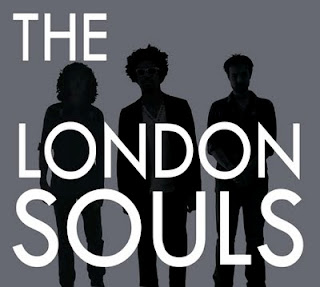 Rock + roll + soul = The London Souls. This talented trio know what their sound is, and should be, and confidently display their chops on their debut. When you get a song like the opener, “She’s So Mad,” a heavy rocker with Zeppelin-esque riffs, you know what you’ve been missing by listening to too much obscure cerebral indie (we love you, Antlers, but sometimes straight rock is where it’s at). That’s the good news, though, and here’s the flip side to that: the Souls don’t really bring much new to the genre. Unlike the Strokes’ apathy-stricken debut, U2’s soaring (and preachiness), or Led Zeppelin’s brilliant hooks, this brash trio don’t breath fresh air into rock, so much as the air that everyone else has been breathing. While not stale, The Souls don’t charge their performances with crazy energy, shred with vocals and guitar, or lay in that perfect, laid-back groove; the end result is a good, but not particularly enduring, album. While that opener definitely rocks, the album peters out and you get things like “Country Road,” which are merely passable. A good start, but there’s no reason to toss aside those classics yet; take a pass.

Still, though, listen to “She’s So Mad.”