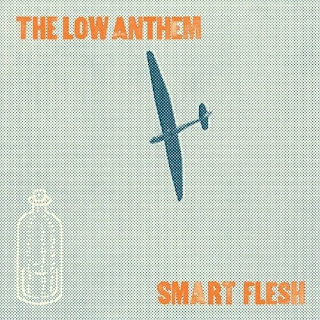 Since RI’s wunder-quartet released 2008’s “Oh My God, Charlie Darwin,” they’ve toured with Iron and Wine, played several festivals, and, in short, became a national act. But on their new album, Smart Flesh, we’re going to argue they’ve hit their sophomore slump (and this is their third album). While it gets off to a good start with the bluesy “Apothecary Love,” most of the album falls somewhere between a foggy London day and an out-and-out funeral dirge. “Matter of Time” has the pulse of a doomed hospital patient, and “Burn” has a similar diagnosis (despite their ingenious use of cell phones). While somber isn’t necessarily bad, you probably shouldn’t be reaching for that bottle by an album’s end. Smart Flesh plays a single note for too long, and while it can be pretty at times, it drags too much to give it a real recommendation. Pick up the brilliant “Charlie Darwin” instead.