Motion turns it off on latest 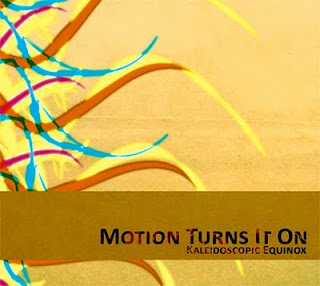 Guitars ablaze comes punk shredders Motion Turns it On from the grand state of Texas. Akin to White Denim stylistically, though with two times the drive, “Kaleidoscopic Equinox” is some of the most furious, manic ra-tah-tattah to grace our fair site. The vocals are spare and brief, meant only to dress the long and winding guitar shreds, and while those shreds are impressive on their own, there comes a point where enough is enough. To bring it back to White Denim, Motion Turns it On is all thunder and bluster, lacking the former’s idiosyncrasy and charm; the solos, while having good drive and direction, seem too frenetic to have a purpose, and appeal only to the rare segment of the population who like having their ears blown out on almost 50 minutes of self-content sonic rage. What’s lacking here is the je ne sais quoi that makes an album stick in your mind, the kind of truth that makes art worthwhile. Add an extra star for the shredder, but otherwise pass.

2010-02-18
Previous Post: Interview: The Antlers not just a trophy band
Next Post: The Gentle Friendly ride anything but slow