My Morning Jacket: Album We Need, from Band We Deserve 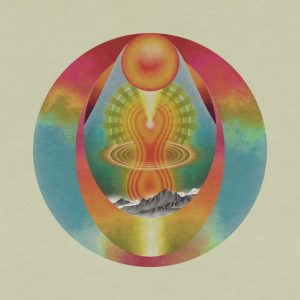 We’ll cut the chase short: buy My Morning Jacket’s self titled album, out earlier this year.

It’s hard for us to review a new album by such a well-established band. Personally, we are familiar with much of My Morning Jacket’s discography; a lot is deeply brilliant, some you just pass on. Right now, we at Music Ravings feel My Morning Jacket is likely the premier rock band of America.

Yes. The #1 rock band in America. They are at or near the height of their game, and this album… is not their finest.

We warned you it was hard to review a new album by this band.

But this is what we see: My Morning Jacket is a band well in control of their musical powers; of lyrics, musicianship, and song crafting. Their self-titled is not their deep passion project. It is not their finest hour. It is the album they need to make in the hour of COVID-19, in the hour of desperation and death; and as such, it is well-crafted, a clear wail into and shriek of joy and laughter through the (final? perhaps) abyss.

A song like “The Devil’s in the Details” shows a litany of exactly what lies before them, and before America as a whole: “Change the channel/ Create the illusion / Of real safety” is one such complaint moaned by lead singer Jim James. (Fox News much?) Yet, this song is purposefully kneecapped; it’s not a radio hit, and never will be because it’s a repetitive slow build into a weak chorus, ie not prime radio material (and not even close). With it followed by “Lucky to Be Alive,” this is really the song where MMJ’s joy is: gratefulness and life on the uncertain, and at times especially dangerous, road.

Their weakest track musically is the stilted “Never in the Real World.” But listen to anything else, especially the beautiful, singable “Love Love Love,” and you will love love love this album as well.

This is the most deliberate statement MMJ has made to date, to love in the face of absolute darkness. And yes, we do love love love that. Preach, brothers (and sisters).

And the best part is that it’s barely their top 5 albums: check out Z, Evil Urges, and The Waterfall after this one.

It’s hard to review a solid album by the premier rock band in the country. But here it is. Buy this album: highly recommended.