By: MadMattKeefer
In: _Newport Folk Fest 2014, Live Music
With: 0 Comments

Welcome back to our seventh year of Newport Folk Festival coverage – our first year taking torrential downpour for the Newport Mercury – we welcome and thank you back! If this is your first year taking in the blog, we’ll sum up the fest for you so far: it’s good. There. We said it. Our coverage, less so. We’re exhausted and need to get some output done. So we apologize that this post doesn’t full express our inspiration we felt today. Anyway, let’s start.

We start the day with New-Yorker Mike Savino, the Tall Tall Tree, self-described “banjotron,” and rather self-effacing for a face full of beard. The nigh-Ent (is Tolkein too obscure, too-off base for a music blog?) introduces himself – “I’m guaranteed to be the best act so far,” which, if you’re into “space banjo,” you could fairly place him mid-day and still make that statement. Now: space banjo, you question? Not really Bela Fleck, but more like pedals, serious pedal-effects, looping, electronica (a mallet on it, for chrissakes!), everything one can do to a banjo that’s only legal south of the Mason-Dixon. This, here, is not a good photo. But don’t worry, we’ve got a really good one coming up.

And before you knock our photos, let’s introduce our lovely lovely pho- ah, it’s just us. On an iPhone. A really frustrating thing to get photos off of, apparently. But we digress… let’s move on.

We’re listening to THIS BAND AS WE WRITE THIS RIGHT NOW:

For some reason Phox reminded us a bit of Typhoon (not quite eleven Phox’ers, but close), though with a lovely female aesthetic and vocals. They’re sweet, a lotta piano and some horn, and out of Baraboo, WI (none to far from our Alma Mater). Singer Ms. Monica Martin is, to quote another member, “hard to miss,” which made it easy for us to get a signature for… well, can’t spoil that yet.

There’s a secret amongst those covering this kind of festival. Basically, there’s a love/hate relationship here. It’s fun, it’s fantastic, it’s freakin’ awesome; but, quite frankly, it’s exhausting. We HAVE TO run to each stage, catch photos, catch a song or two, run to the next stage (rinse, repeat, write… pass out). Yes, it is fun, but then you miss out on bands like Reignwolf. Never again.
Reignwolf is like pulling Steppenwolf out of the grave – okay, they’re not really dead – infusing them into the body of a long-haired ragamuffin, letting him eat Peter Fonda’s brains a la Easy Rider, and then… HOLY CRIPES THAT’S GOOD! They’re our number two act, despite having barely caught them – all this based on 1. That the lead singer actually goes by Reignwolf; 2. That Reignwolf grinds  that poor blasted guitar on speakers loud enough to impede reproduction for at least six months; and 3. That we apparently can’t figure out where the trio hails from. So, most likely, the deep deep forest. Amongst the Tall Tall…

Speaking of pulling style out of the grave, check out the hippie sister below. She’s got a stream on a little thingy called NPR. Probably until Tuesday. Do we have to introduce her? We don’t know. Let’s see if you can guess by the getup.

Okay, we’ll help out those unfamiliar. Jenny Lewis has a new album out in T minus three days, one that we hope you’ll like because, let’s face it: Anne Hathaway + mustache in the video for the single. Now then. We felt we had to put this pleasant lass in because she’s so nice (and certainly overwhelmed, but still nice) and her bandmates were as fantastic as electric punch. That’s the stuff with extra electrolytes, right?
Sound: girl + guitar grooves. And chameleon-colored robe. We still really love “Acid Tongue” of hers. Been too long, lady.

There is a confession we have. We don’t really get into the Grateful Dead. Like. At all. But, we do have to respect their contribution here, and we’re not going to knock former Dead’er (there must be a term for it, right? Even that we don’t know…) Robert Hunter. And we have a good picture of him, to boot.

Despite some mic difficulties, and maybe a case of the mumbles, those who knew who he was were quite receptive to the gent. We can’t really say anything bad about him. That’d be mean.

But we can tell you our number one. With a bullet.

Lake. Street. Dr- we mean Dive. Everyone seems to mess that up (dive bars, get it?). But you won’t now. Not when you give them a listen. They didn’t have a chance to get around to Rich Girl (which rhymes not for the young’uns), but they knocked this one right out. Soulful Rachael Price is an entertainer at heart, with the voice and the moves of a Siren. Add to the mix… one Miss Staples, shake, and:

We knew Ms. Price was a singer, but it all came right out when Mavis Staples hit the stage for “Bad Self Portraits.” It was an absolute delight watching the two women engage each other, give it their all, just blast those pipes away. Absolutely the number one of the day.

And we need to add Jimmy Cliff, too. Absolutely.

The crowd was too pumped after Lake Street not to give this guy everything and all. Not to say he didn’t deserve it during “Wild World” and “You Can Get It If You Really Want.” And, let’s say, the man’s got moves. Crazy moves, but good ones. Certainly put us to shame.
“In case you forget, I’m Jimmy Cliff.” We don’t think that’s going to happen, good sir.

And finale, that picture of Mr. Savino we promised (what a perfect name for a teacher!): 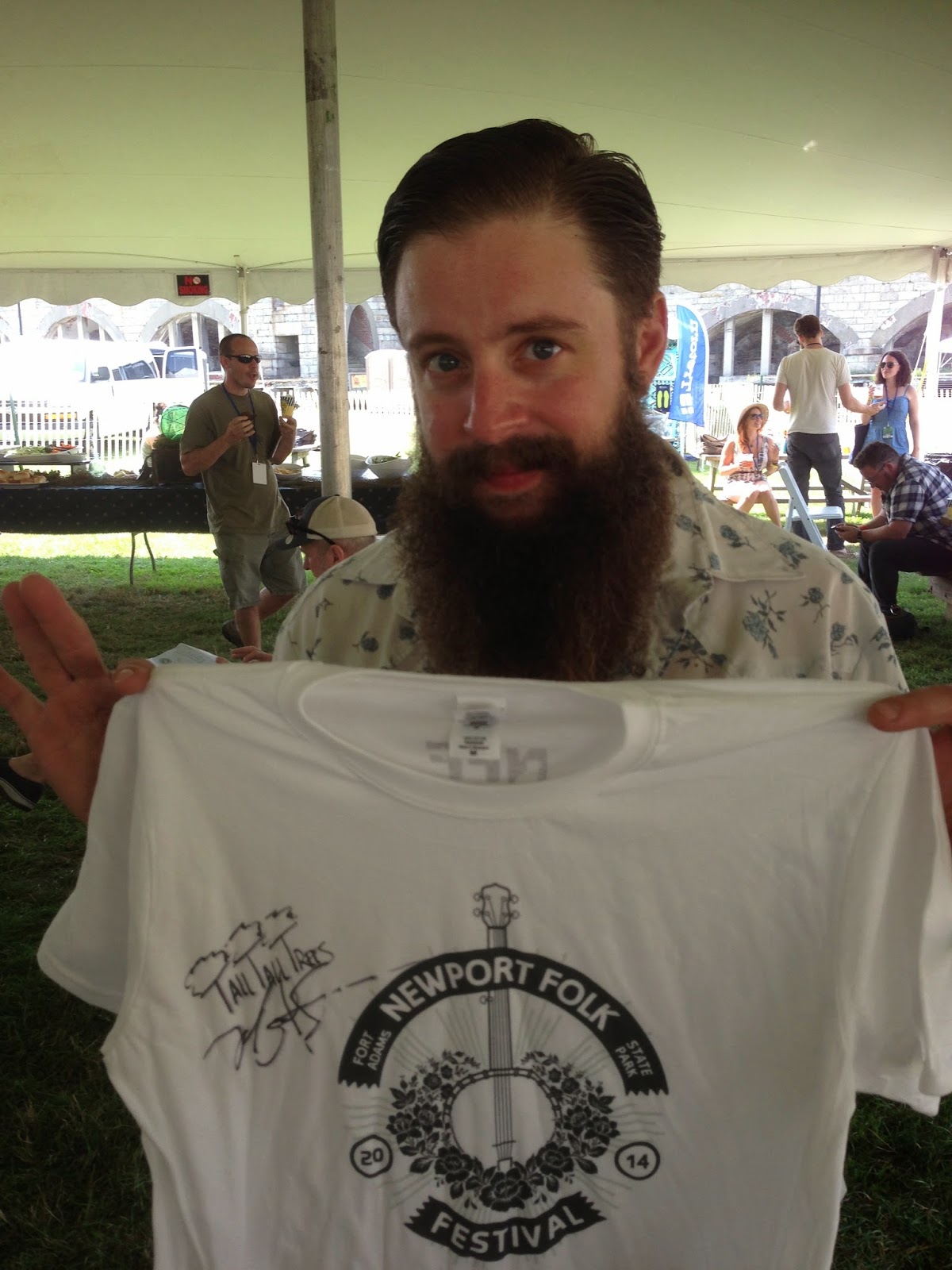 What a nice guy! And awesome signature. The shirt is utterly cluttered, and it’s not even Sunday yet…