Actually, the second thing we wanted to say is we’re not particularly fans of mainstream music coverage. But still, see point above. We were scratching our heads at how useful throwing 50 albums at someone might actually be. This year, we had a lean year. We’re going to throw one at you.

(Yes, we kinda wished we’d kept with the once-a-week ethic, but work and writing and publishing… we’ve got big-boy “priorities,” we suppose.)

In any case, we like to be your friend. We like to sit you down and tell you why we loved Mr. Stevens’ Carrie and Lowell, why we think it’s worth your money (yes, we realize you don’t have $700 to spend on music in any given year), but also, why it’s worth that risk that any consumer must take when picking up a book, a record, a piece of fruit, even. Is it good? That’s where we fit in: we answer that question. But really, it’s a dishonest question for us to answer; do you think it’s good?

In any case, we’re wondering why and how useful these top 50, important 25, absolutely necessary 20 lists are. If you’re going to listen to 50 albums a year (ie be a really really high music consumer), you’re probably pretty aware of what’s out there. Where we like to aim is moreso to the music enjoyer, rather than the music compulsive: the person who dabbles a bit in Modest Mouse, still swears to Pink Floyd, and has one HECK of a time navigating lists of 50-100 albums to find one – yes, even one – that speaks to him/her. We have friends who, when talking music, shake their heads and say “There is no more good music. Music is dead.” And we get it, we understand.

Music isn’t dead. More accurately, music is killing the listener. It’s drowning them out. There’s just too much of it.

So then, we’ve come up with one album we’re going to recommend in our lean, lean year. And we’re going to suggest a couple things, too: go ask friend what they listen to. Borrow a CD (or better yet, a vinyl). You won’t always like what they give you, but it’s all about learning who’s listening to your tastes. You might dodge that friend who loves Earl Sweatshirt because, well, rap isn’t really your thing. You might pick up that Syd Arthur debut because, well, they know psychedelic. Critic question: is Syd Arthur better than Earl Sweatshirt, then? Who cares, some people speak to you, and some don’t. Another type of dishonest question, really.

If we’re the kind of blog that speaks to you, then Sufjan Stevens this year spoke to us. Quite loudly, in his hushed, whispered voice. Carrie and Lowell is an album about his mother and step-father – a mother who suffered deeply from mental illness – and we think you’ll enjoy the naked clarity of his honesty. It’s acoustic. It’s bare. It’s Sufjan without his backup pomp and brilliance and caravans of eclectic instrumentation. It’s just him, sitting with a guitar, idly musing on someone else’s life, and wondering what might be in store for him. It’s something you might be doing, too, one of these days. 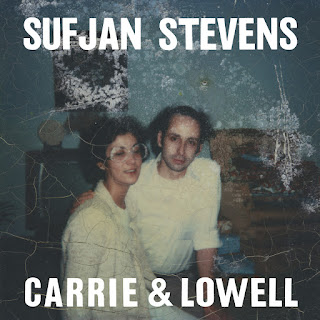 As a blog, we’re kind of in an awkward position.We don’t promote music. We don’t espouse consumerism, really. But we’re part of all that, anyway. In our own, weird little way, we’re also telling you to buy, buy, buy.

Go out and see your bands.

Legally purchase what you listen to.

Are we really that much different from the “These are the 50 albums of 2015 you should listen to unless you are an uncultured savage” kinds of music outlets? Probably not. Not different by much, maybe by scale.

But we’d like to think at least our philosophy is a bit different. There’s a lot out there – too much, even – and we try to cull those endless lists of releases into what we think you might like. Stuff we liked. Stuff that made a difference to us, that made us think differently, grow.

Or sometimes just boogied out to. (Which is also fine.)

The takeaway? F- endless lists of stuff to buy. But don’t f- the music: behind all those endless releases of “bit—s and hoes,” those droning, guitar-noodling nothings, those over-hyped debuts who, really, still don’t hold a coin to Pink Floyd, we still believe that there is worthwhile music out there. Music to listen to, to enjoy. To pick you up after a bad breakup. To dance to with a pretty girl (or a shockingly handsome guy, ahem). To sit down, shut the world out, and listen – sometimes not to the lyrics or what’s going on with the melody – but to hear where you’re at. Is the music these days good? Yes, of course it’s good, why wouldn’t it be good? Does it speak to you? That – we don’t know; we hope so. We hope you have those quiet conversations with it that you might have with Atticus Finch or Winnie the Pooh or any goofball Katherine Hepburn character.

That’s how we like to judge good music, ultimately. No need to clear off the shelf for 50 new CDs; you won’t need any extra space, actually, and never really have.

Now we’ve buttered you up for our pitch: buy buy buy! Buy what’s meaningful to you. Buy what speaks to you. Buy into the idea that music (and books, and movies) are there to bring some degree of meaning into life, some amount of understanding, however small. But really, share share share: your favorite music with friends; your point of view, your understanding; your own music (or books, or movies) because, who knows, maybe someone will think you have something important to say, too. It might make a difference in their life.

Whew! We hope you’ll stick with us through the unfolding year! Thanks much for putting up with our rambling / Ravings, if you will. See y’all next week!

(And can someone please explain why Courtney Barnett keeps hitting those end-of-year lists??)