By: MadMattKeefer
In: From the Management
With: 0 Comments

As appears in the collection, The Keeper of Dreams. Painting courtesy of Dylan Kubic, @flaeschama on Instagram. Happy Holidays!
-Mgmt

The tour bus groaned to a halt; the troubadour kicked back in his seat and looked out the window. Cars passed by in the southern heat; the air conditioner kept blowing against a few loose papers. He opened the fridge and poured another cup of lemonade.
“This damned heat,” he said. His tour manager nodded and returned to his phone.
The troubadour sighed. The guitar from last night still rung in his ears. It was true: he was old. Even worse, he was famous: he couldn’t get a straight answer whenever he asked about his voice. He knew it was hoarser than a wolf’s growl; his bandmates lied, said it was as colorful as it’d ever been. His bandmates, almost half his age, stiffly swaying on stage, unable to get their own bands together. And he, the old man, still touring at, what, seventy-eight, now? And still audiences clap for him, applaud his piano-hitting, his raspy voice, the new songs and especially the old. Except for a few of the young faces, the ones who seemed transfixed, who were stuck as if in amber, no emotion. But he’d heard the others, generally older fans, scream at the top of their lungs. Their wild swaying. Entranced, pulled in, even if his voice was no longer… 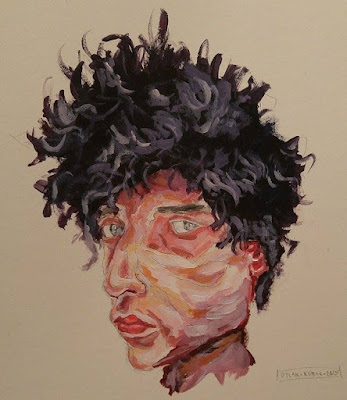