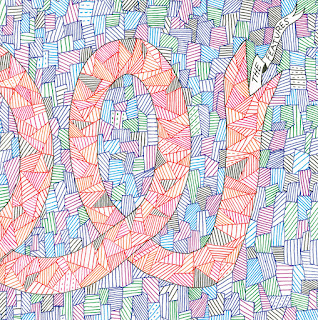 You’d think by their fourth album Nashville-based pop band The Features wouldn’t put you to sleep, But the foursome clearly has difficulty putting together dynamic-sounding songs, with verses and choruses that draw us in and should swim about deftly. Instead, these songs stay in the water and stagnate, they crust over and refuse to move from their opening riffs. We think there are a few culprits to the low rating; one, the writing, of course, and two, leadman Matthew Pelham’s vocals don’t ted to go beyond a dull recitation. Some vocalists can make reading a phone book like a beautiful song, and Pelham goes the extra steps to make these songs read like a phone book.

One of the exceptions to this rule is the lead single, “This Disorder,” a brilliant and perfectly crafted little pop ditty. It’s quick, Pelham stretches his vocals, and it’s well-crafted. The next half-exception is “Won’t Be Long,” mostly based on the strength of the chorus. But otherwise the rest of these songs are sleepy, unbalanced, and just plain boring. Unfun. “Fox on the Run” is anything but a chase, just repetitive riffs and those phone-book vocals. “Regarding PG” vies with it for last place based on the fact that it perfectly conjures a dog lamely chasing its tail. We should also mention it’s not just Pelham here who fall on his face, but it’s a team effort, certainly.

We’d fallen in love with “This Disorder,” and you may too, but the rest of this album is a disgrace. Keep away and take a far pass.