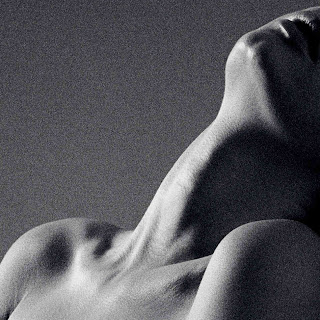 It takes an international duo – Canadian Mike Milosh and Danish Robin Hannibal – to make a great, understated symphonic pop album. Woman is all of these things and more: svelt, chic, gliding with controlled, velvety falsettos, minimalistic strings and piano. It is a brilliant debut from the now-L.A.’ers, with each song a lament of love, a sexy, adult take on subdued, smoldering passion. It’s Rhye’s understatement that sells these tracks, that makes them mature and relatable, each a masterful understanding of love; as opposed to crooning, over-the-top power-pop junk. These are the kind of songs that are good for more than a fad’s lifetime.

If we were to describe how “Open” opens the album, you’d think it’d be ostentatious: horns (trumpets, trombones), strings, harp fading into finger-clicks. It’s not (check out track below). What Rhye has done is toned everything down, given space for everything that they want in the track, and reduced it yet again. It’s love for the thinkers, for the idle dreamers who sit and wonder. By the time they get to the upbeat, 80s hook of “3 Days,” you haven’t noticed they’re taken it up a notch. It’s subtle work they’ve done here, and while it’s hard to point out two tracks that rise above the rest, we’re going to say “Open” and the day-dreamy “One of those Summer Days” marks high upon our list. We’re being modest in giving it only 4 of 5.

Woman is everything a love album should be: quiet, introspective, powerful. Rhye shows true restraint, yet with enough room for appropriate embellishment, and the end result is an album (we hate to use the word) utterly unique. The opposite of Marvin Gaye and yet just as seductive; highly recommended.