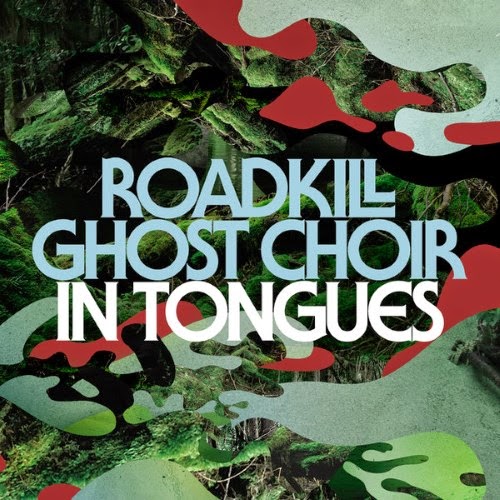 We invariably find albums like Roadkill Ghost Choir’s debut the toughest to judge. In Tongues is not particularly weak (it’s got good drive and direction) nor all that strong (not especially compelling, not brilliant), and the Floridian rock quintet certainly have their moments. But we always have to consider this: that we’re getting the album gratis, for review consideration, and you, dear readers, will either head out to buy this album or spend it on something else. In this case, certainly, save that ten bucks and spend it on something like White Lighter or Evil Urges by My Morning Jacket; far, far better rock than you’re going to encounter here. In Tongues simply doesn’t do what a good rock album promises to do.

We judge jazz by the rhythm section, the bottom end: good drums, good bass = good jazz. We find it apt here to judge our ennui in a lack of foundation – the heart of the music isn’t fueled by pounding basslines (they’re far too simple) or two-and-four snare hits. The drive is entirely supported by guitar and vocals, which do suffice, but consider a car that doesn’t get up past second gear. The music, in short, drags. “No Enemy” is the exception to this, not in drums or bass, but that vocalist Andrew Shepard reaches far enough to transcend the band; this is his performance on this track. But one song does not make a placid album stand out.

In Tongues is a mild, moderately disappointing debut. Sluggish, not particularly emotive, and certainly not inspiring. Take a pass.

Listen to the In Tongues on Soundcloud.

2014-08-19
Previous Post: Two (free) books left, and where to get a paperback!
Next Post: Hands Up to My Brightest Diamond’s Fourth