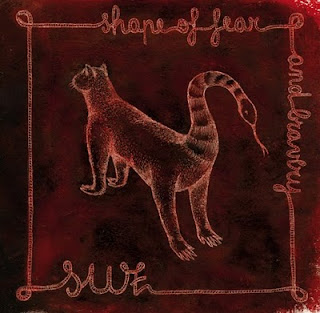 Suz – “Shape of Fear and Bravery”
No.Mad Records
-out now

While we’re kicking off the end of the year with this Italian electronica/ Trip Hop band, let’s cut to the chase so you can resume your festivities: try out “The Gathering” and “Fear” for their flavor, but leave the rest behind. The main weakness of this album lies not with the backing sound effects and rhythm section (which is often strong), but rather in the somewhat monotone range of singer Susanna’s vocals here: as the central focus of this album, the vocals need some more tension and modulation. Many of the tracks don’t diverge enough vocally, while the backing music takes giant, somewhat successful strides in changing the sound. As a result, tracks such as “Unconditional” and “Little by Little” languish despite having strong performances from the rest of the band. The album has some good ideas, but unfortunately is not where it should be; take a pass.