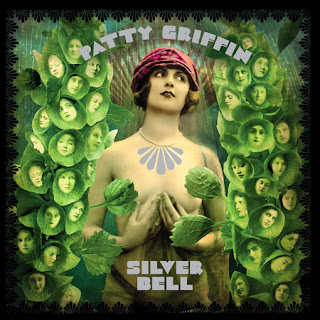 Our first listen to the much-delayed Silver Bell was one of relative disappointment. Compared to American Kid, the Maine-born folk singer’s latest release seemed less immediate, less pleasurable than the absolutely fantastic Kid. (Which we reviewed here.) Initially, we were thinking there was a reason it took thirteen years to get this album out there (you know, a negative reason), but again, that was our first listen. The reality of it is this: it’s different. Instead of going country on Kid, Griffin splays a laid-back, down-tempo rock groove throughout. And the fact of the matter is this: it’s good. It’s a grower, but it’s good.

Our favorite track, by and far, is “Sooner or Later;” a crooning, simple track that’s just so groovy, it just blasts us away. Simplicity is beauty. And songs like “One More Girl” are deceptive: they’re bare, they’re dark and smoky, they’re smooth like a good whiskey. These songs are direct, they’re confident in their rocking, and for a third album, it’s surprisingly mature. We still like American Kid and it’s folksy country-ness a bit more, but Silver Bell is still quite good, just a different kind of horse.

It’s got a different feel to it, but we’re giving it our thumbs up. Recommended.

2013-10-11
Previous Post: Static Jacks’ “In Blue” Lacks Even That Color
Next Post: World’s End Press Not Quite Cataclysmic