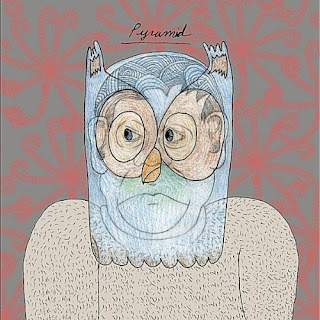 Admittedly, it takes a few listens to get used to the Boston-based multi-instru-mentalist/ photographer’s fifth solo release. It’s probably Kurt von Stetten’s authentic and organic approach to “Pyramid” that makes it an acquired taste, but our main complaint is that it still lacks that mysterious force that grabs you and makes you put his record on. There’s no one way about it: memorable guitar hooks, catchy choruses, and strong power-vocals are among the common ways a band crafts a song that sticks with you. And, in a good way, there’s nothing common about von Stetten’s off-the-beaten-path indie approach; nonetheless, tracks such as “Aioki” and “1st Base” could benefit from a bit more sprucing-up in all three departments. “Come Correck” doesn’t need this extra flash to pull it off: it’s the most realized of the tracks here, easy to pick up on the first listen, and not lacking in depth and replay, either. A select few may be willing to sit down and appreciate the unusual song structures and general low-fi, low-key attitude, but overall, there are other albums in the style that deserve your cash more. Take a pass.