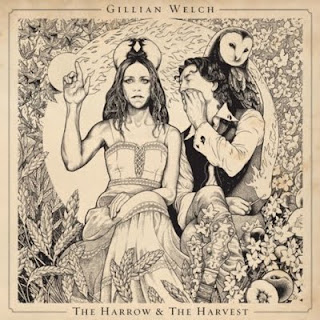 Eight long years. Almost a decade, if you’ve been keeping track since her last solo release, “Soul Journey.” The traditional folk duo of Welch and David Rawlings release a spare, bare-bones treasure trove of below-the-dixon-line croons, and if you’re a fan of banjo and whiskey in the moonlight, then it’s safe to say this album should be in your collection. There are several reasons, not the least of which are the haunted “Tennessee” and the sheer drive of “The Way It Goes”; we might site the clarity of the hard-luck images, the ease with which the performances flow; the fact that Welch and Rawlings aren’t looking to impress or overwhelm, just to sit down and tell a story set to song. We admit, we’re not often soft to traditional folkies, but her performance at last year’s Newport Folk Fest (did we mention she’s coming back, too?) was sublime enough to melt even our hardened, dance-beat heart. This album should do much the same, even if you don’t consider yourself a grass-chawing river folk. Highly recommended.