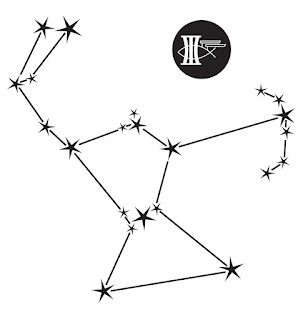 The incredibly ambitious finale to the Celestina trilogy of albums finds the L.A. galactic indie rockers dabbling in the forms of the short story, screenplay, and possibly even novel to present their interstellar tale. So, yes: ambitious. And while the Pygmies certainly show a lot of enthusiasm for their material here, the listener must ask the question: Where’s the beef? We put this one to our ears a couple times, and after track 4 (aptly named “Celestina XXVI”), there isn’t really a whole lot beyond their songs’ repetitive foundation to grip onto. That’s fifteen minutes, and four tracks, of slow, ambient build; never mind the crew’s lost in space until “Celestina XXX.” We haven’t been this frustrated with this kind of “all to show nowhere to go” since My Morning Jacket’s “Circuital,” though to be fair, MMJ’s previous album is worthy of our worship. We do appreciate artists who go out on a limb to experiment, but at the same time, we know your money (dear readers) and time are valuable to you; that experiment should pay off before you should pay out. On this one, the Pygmies are too much in love with their own voice, and though it may have modest charms, their ambition here has blinded them to what is really a sluggish, plodding album as formless as the inky black of space itself. Take a pass on this one, ’cause it’s not going to replace “Yoshimi Battles the Pink Robots” any time soon.